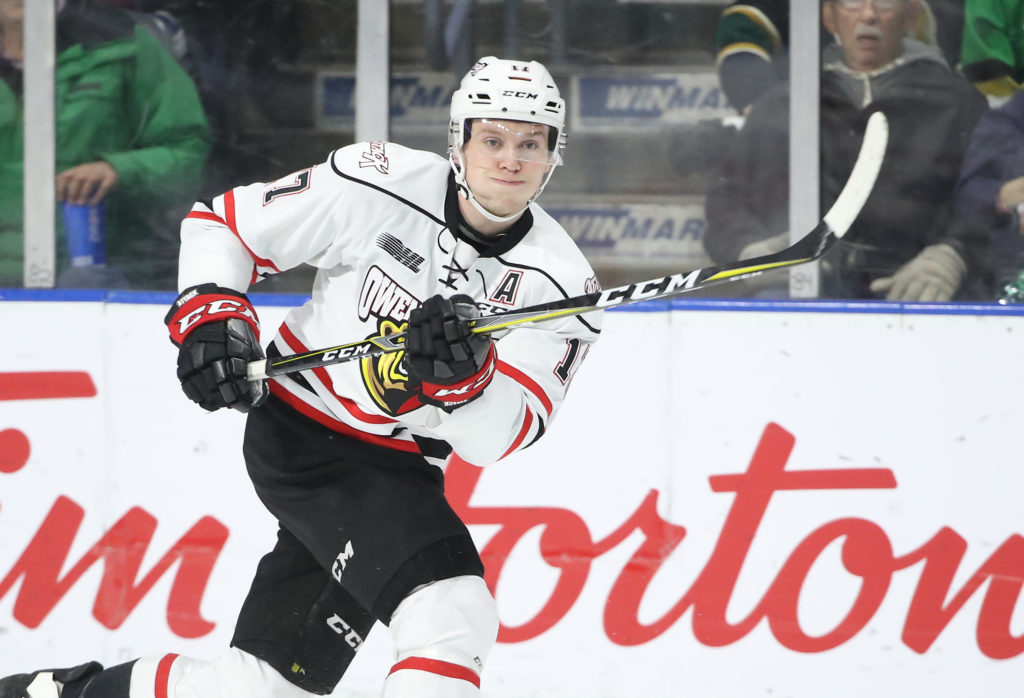 Bourque, a native of Burlington, Ont., is a former sixth round pick (175th overall) of St. Louis in 2017. The 20-year-old has spent the last five years in the OHL with Sudbury and Owen Sound where he played in 272 games scoring four goals and 49 points.

Last season, he had 12 points (four goals) in 57 games with the Attack and added an assist in five playoff games as Owen Sound were eliminated by the Soo Greyhounds.

Summers spent training camp with Belleville at the start of the season before heading to the Adirondack Thunder where in his rookie season he scored five goals and 22 points in 48 games.

The 22-year-old blueliner is a Senators draft pick after being taken in the seventh round (189th overall) in 2014.

Belleville is back in action Friday night when they host the Hershey Bears. Tickets are available by clicking here.