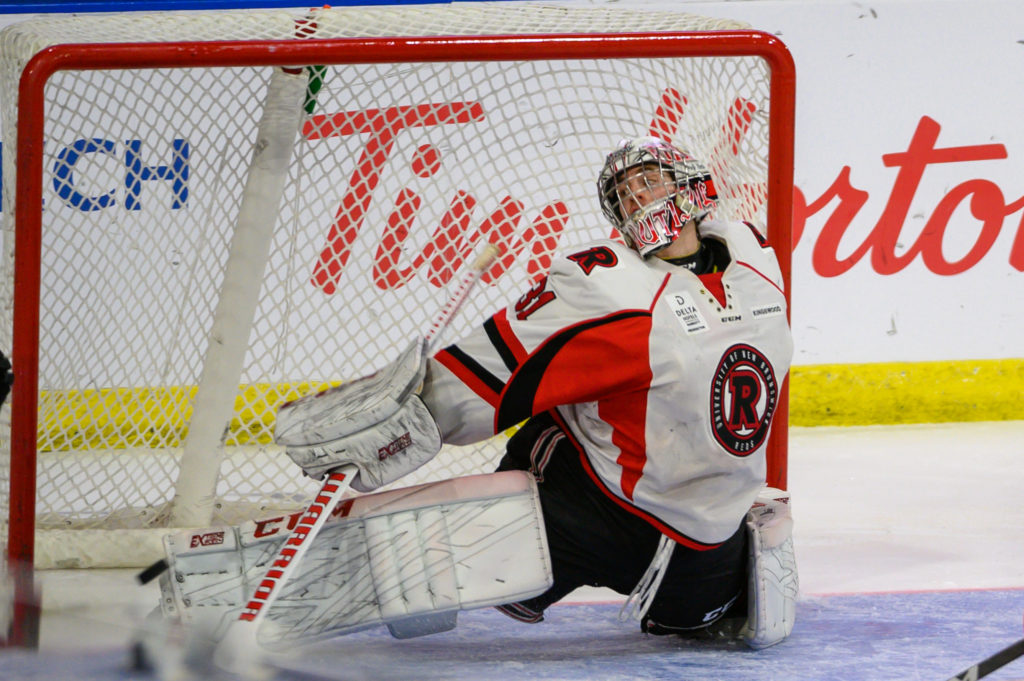 The Belleville Senators have signed goaltender Alex Dubeau to a one-year, two-way American Hockey League contract for the 2019-20 season.

Dubeau, 25, just completed a four-year stint with the University of New Brunswick Reds where in 65 games he went 46-15. During his UNB career, the Mascouche, QC,. native won three University Cups (2016, 2017, 2019) and most recently was named to the University Cup All-Star team and the tournament’s MVP.

Despite not winning the University Cup in 2018, Dubeau was still part of the UNB team that won the AUS conference.

Dubeau played junior hockey for Shawinigan and Moncton, winning 138 games in his QMJHL career and claiming the 2012 Memorial Cup while with the Cataractes.