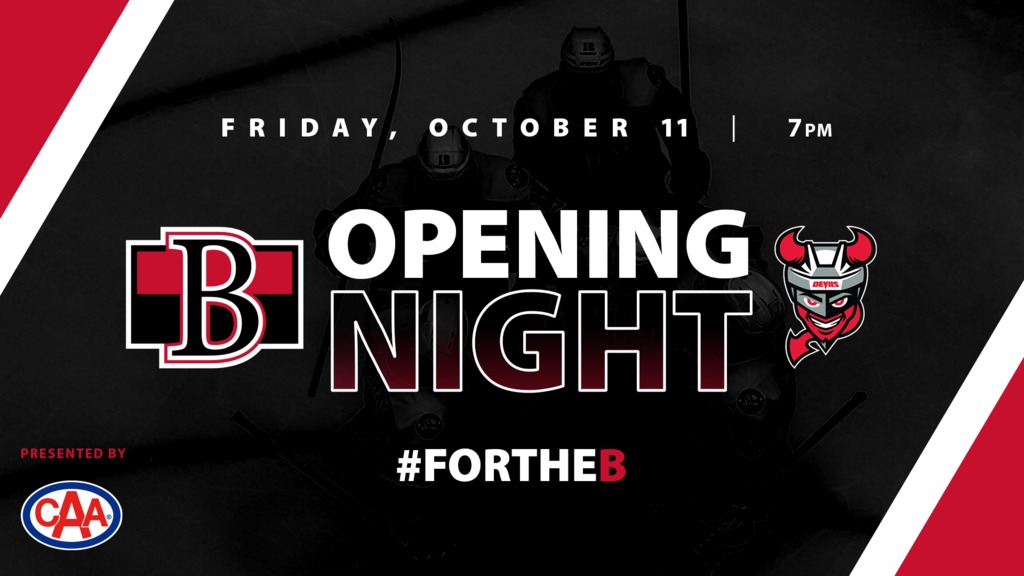 The Belleville Senators are proud to announce that it will host the Binghamton Devils in its 2019-20 American Hockey League home-opener on Oct. 11 at 7pm as part of Opening Night presented by CAA.

A North Division match-up, the Sens will host Binghamton three times during the season at CAA Arena. Over the past two seasons, Belleville owns a 5-2 home record against the Devils. It marks the second straight year that the Senators’ home-opener has come against Binghamton.

The Senators also know where they’ll open the season too as they will meet the Marlies in the Battle of Ontario as Toronto begins the season at home on Oct. 5.

The full 76-game 2019-20 schedule will be released on Wednesday as the Senators prepare for its third American Hockey League season in the Bay of Quinte. A list of four-guaranteed home dates for 2019-20 has already been announced.