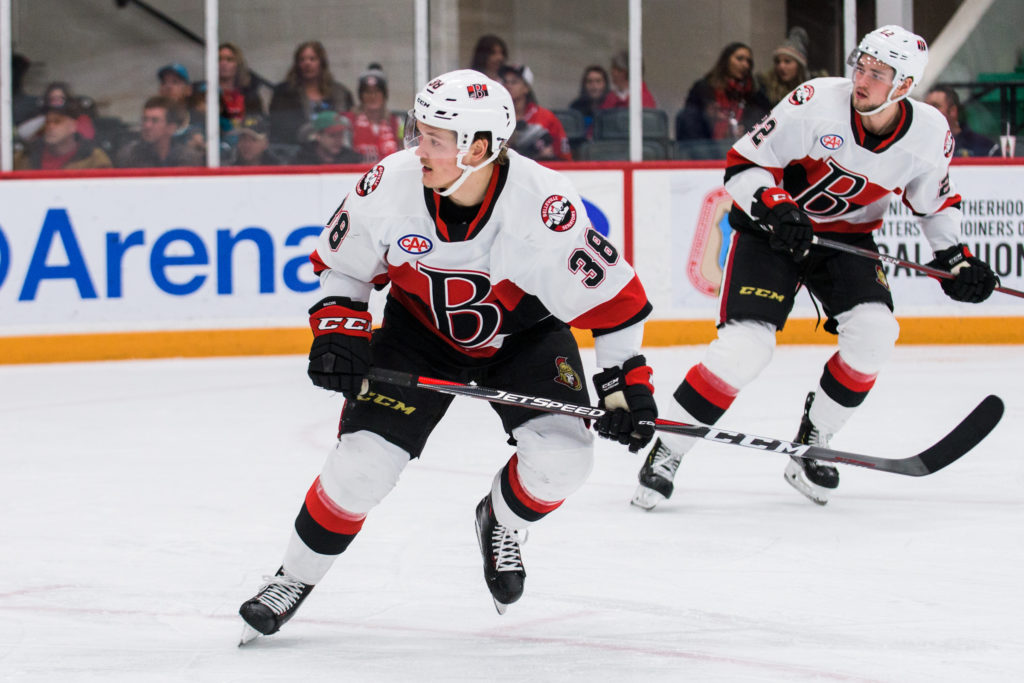 The Ottawa Senators have reassigned forward Rudolfs Balcers and defenceman Christian Wolanin to the Belleville Senators.

Balcers has split the season between Belleville and Ottawa where he has played in 36 NHL games tallying five goals and 14 points. He’s also appeared in 38 games with Belleville registering 28 points (15 goals).

Wolanin, who had to be emergency recalled Wednesday from Belleville, has 26 points (six goals) in 35 games with Belleville. He’s added four goals and eight assists in 30 games with Ottawa.