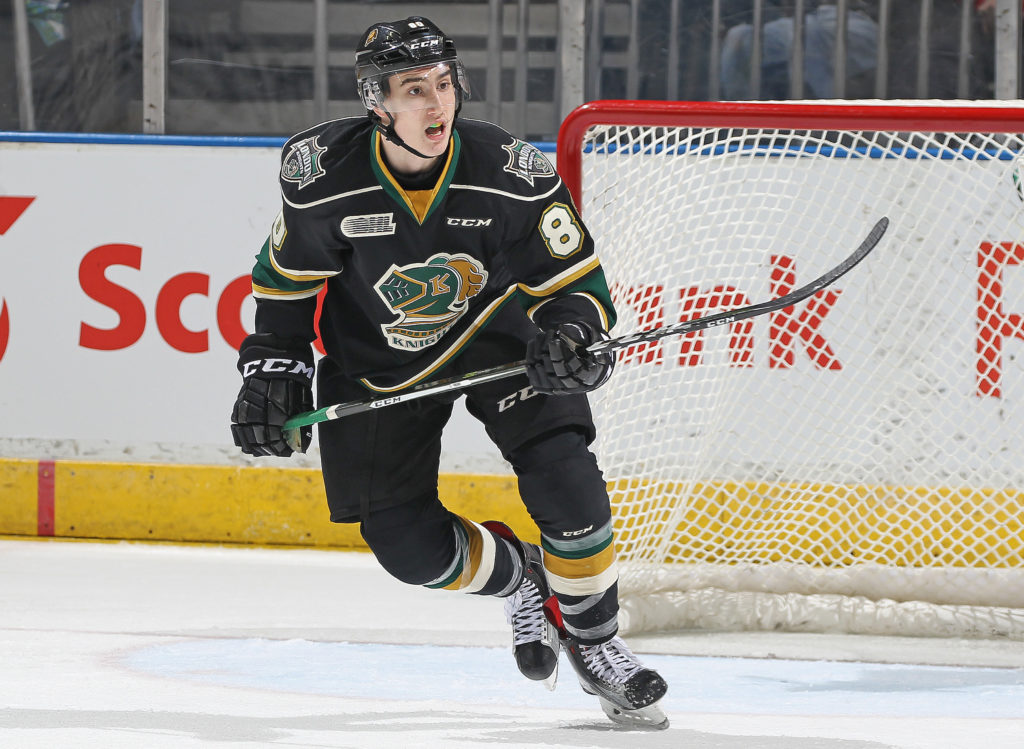 The Ottawa Senators have reassigned forward Alex Formenton to the Belleville Senators.

Formenton comes to Belleville after completing his second year of junior with the London Knights where they were beaten by the Owen Sound Attack in the first round. The 18-year-old tallied 48 points (29 goals) in 48 regular season contests before scoring five goals and adding two assists in four playoff games.

The Barrie, Ont., native won gold with Canada at the World Juniors this year where he had four points (two goals) in seven games. He made his NHL debut at the start of the 2017-18 season with Ottawa playing in one game before being reassigned to Ottawa.

Formenton was the 47th overall pick in the 2017 draft by the Senators.