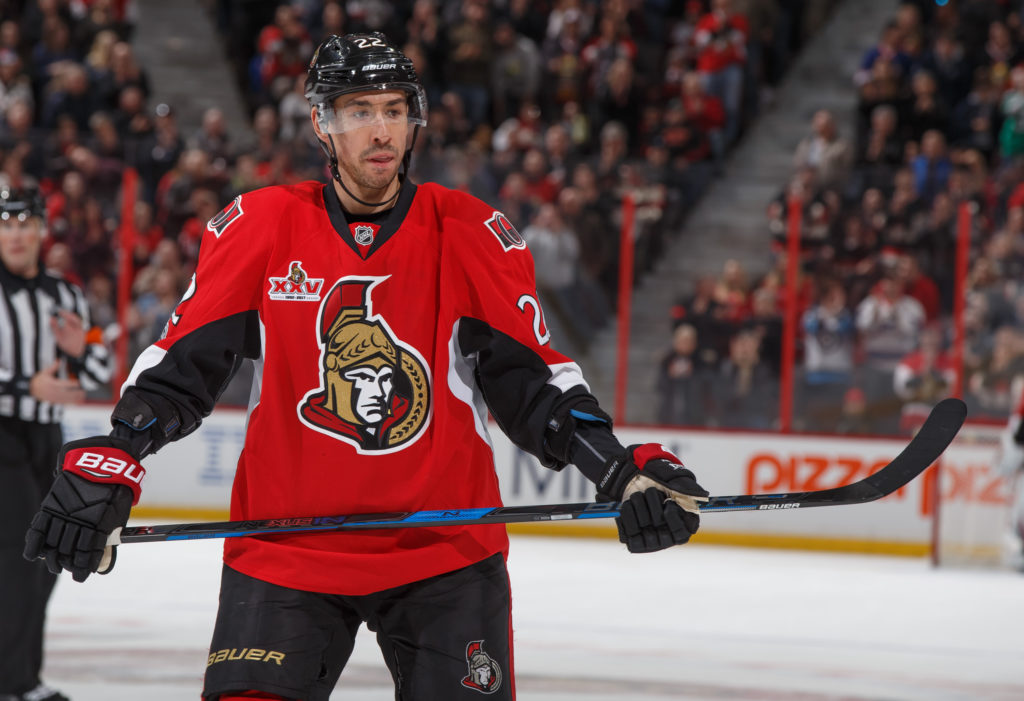 Kelly joins Belleville having spent nearly seven of his 12 full seasons in the NHL with the Ottawa Senators. In his career, Kelly has played in 833 regular season contests scoring 123 goals and adding 166 assists. He’s also suited up in 120 Stanley Cup Playoff games adding 12 goals and 32 points.

As a Senator, Kelly has played in 545 regular season games scoring 80 goals and 188 points. Kelly was part of the Sens’ run to the Eastern Conference Finals last season as he played in all 82 regular season games as well as two playoff games. He was also part of the Senators team that went to the 2007 Stanley Cup Finals. Kelly won a ring in 2011 with the Boston Bruins.

Kelly was a third round pick (94th overall) of the Senators in the 1999 NHL Draft.

The Toronto native will be available for Saturday’s game against the Toronto Marlies at the ACC.