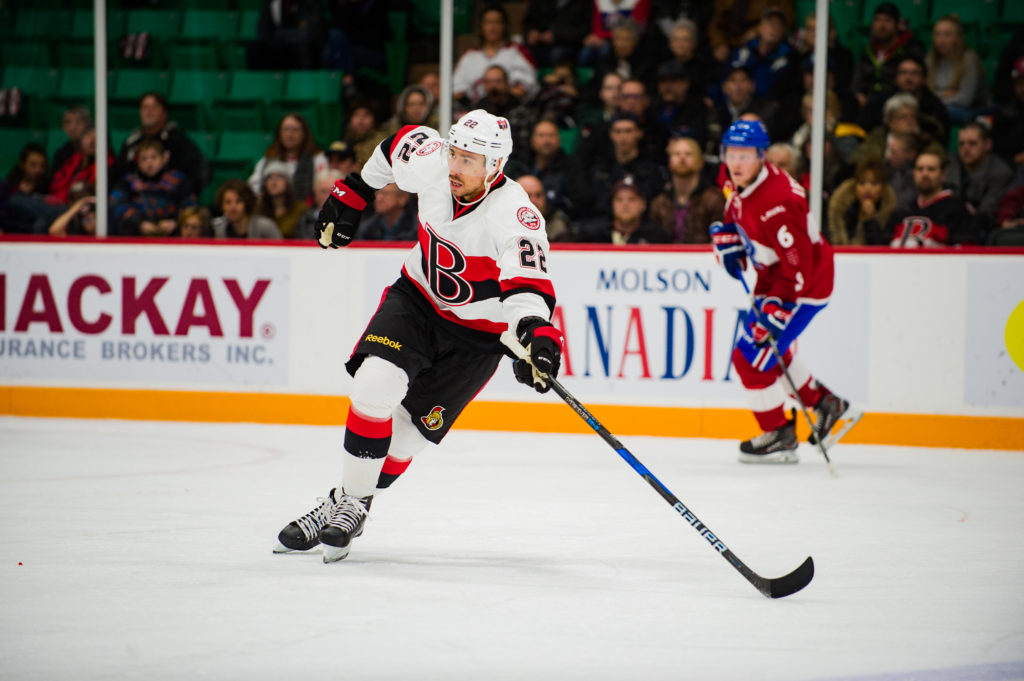 The Belleville Senators have signed forward Chris Kelly to another professional tryout agreement.

Kelly played in nine games with Belleville earlier this season without recording a point. He was released from his first PTO on Dec. 20 to represent Canada at the Spengler Cup, where he helped the team win a gold medal. The 37-year-old registered one assist during the tournament.

The Toronto native has spent nearly seven of his 12 full seasons in the NHL with the Ottawa Senators. In his career, Kelly has played in 833 regular season contests scoring 123 goals and adding 166 assists. He’s also suited up in 120 Stanley Cup Playoff games adding 12 goals and 32 points.