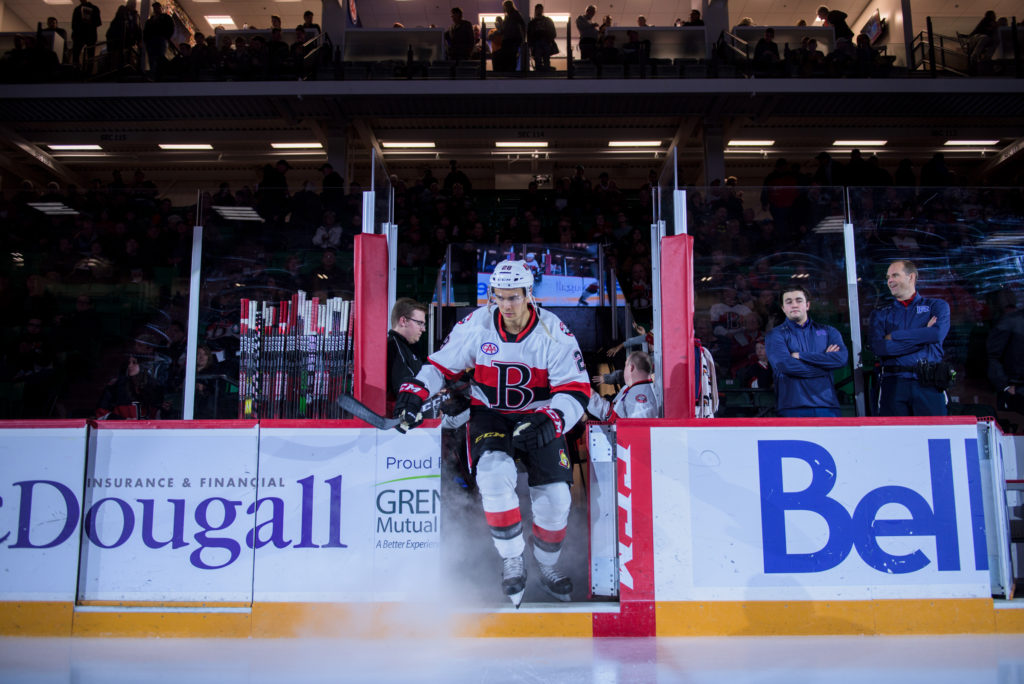 The Belleville Senators have signed defenceman Stuart Percy to an American Hockey League contract for the remainder of the 2019-20 season.

Percy has played just three games for Belleville since signing a PTO on Oct. 21 after he was hurt on Oct. 27 in Providence.

The 26-year-old has appeared in 44 games for the Sens over parts of two seasons tallying 17 points (two goals). He’s a veteran of 339 career AHL games and has also played 12 NHL games for Toronto.

Belleville is back in action tonight when they host Syracuse on Star Wars night. Tickets are available by clicking here.