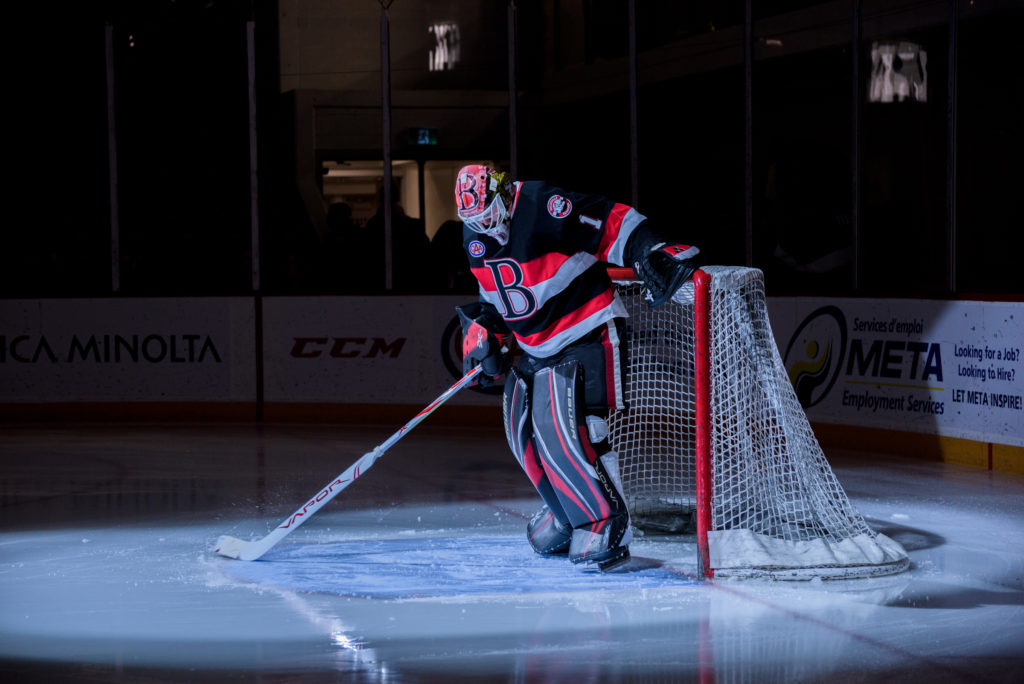 The Belleville Senators are proud to announce the winners of the 2018-19 team awards after completing the second season in franchise history.

Belleville’s coaching staff selected Senators goaltender Marcus Hogberg as the team’s most valuable player while Drake Batherson took home the rookie of the year award. Captain Erik Burgdoerfer was named defenceman of the year as well as winning the player’s choice award which is voted on by the players.

Blueliner Andreas Englund was selected as the coach’s choice award with Boston Leier also being recognized for being nominated as the team’s IOA/American Specialty AHL Man of the Year.

Hogberg had a phenomenal season is goal where he tallied a 21-11-6 record with a 2.32 GAA and a .918 save percentage. He also registered two shutouts in 39 games played. His wins, GAA, save percentage and shutouts are all franchise records for a season as were his 979 saves.

Batherson smashed almost every single scoring record for the Sens as he notched 62 points (22 goals) in his debut campaign. The Nova Scotia native won two CCM/AHL Player of the Week Awards and was also named as the CCM/AHL Rookie of the Month of February. Batherson’s six points on Nov. 9 against Toronto are a franchise record as is his 10-game point streak he had from Jan. 19-Feb. 13.

Burgdoerfer, who was named the second captain in franchise history before the season, played in 64 games this season notching five goals and 18 points both of which are the second most he’s tallied in an AHL season.

Englund had a career year in 2018-19 where he put up 14 points, three of which were goals, both career highs. The Swedish defenceman is also the franchise’s all-time record holder for games played with 137. The coach’s choice is a new award that is given to the player who has shown dedication to his personal development, work ethic and improvement as a player for the betterment of the team.

Leier was named Belleville’s IOA/American Specialty AHL Man of the Year for his outstanding contributions to the Belleville and Bay of Quinte community during the 2018-19 season on April 3. He played 34 games for the Sens this season scoring once and adding five assists.