Sens battle back for victory over Laval 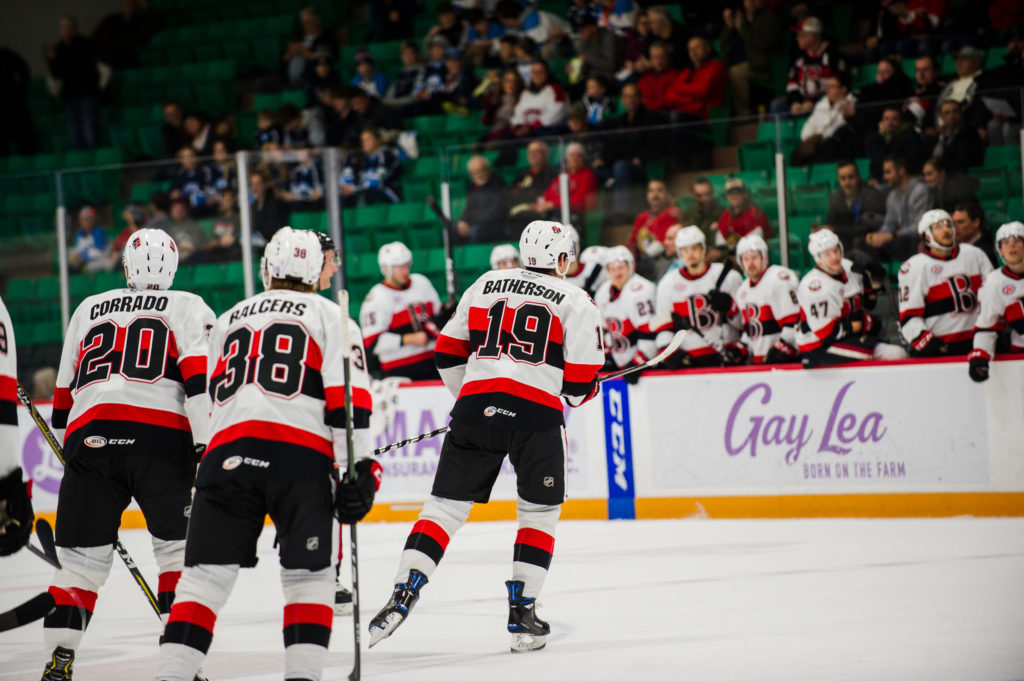 The Belleville Senators battled back in the third to collect a 5-3 win over the Laval Rocket at CAA Arena.

The Sens dominated the early stages of the game and were finally rewarded on the power play at 11:23 as Josh Norris weaved through the Rocket defence before finding Batherson who beat Primeau low on the blocker side for his eighth of the season.

Belleville doubled its lead before the end of the first as with 29 seconds left, the Senators broke out on a 3-on-2 that turned into a broken play but the trailing Formenton was on hand to gather a loose puck to fire in his seventh across the body of Primeau.

After the Sens killed off two Vitaly Abramov penalties, the Rocket finally punished the Sens as with Cole Cassels in the box, Cox scored his third by using a screen from the slot at 11:01 to cut the Belleville lead to 2-1.

It took all of 14 seconds for Laval to tie the game at 2-2 as Waked scored his second of the season and 45 seconds later they had their first lead of the night as Peca beat Gustavsson over his right shoulder for his third.

Norris tied the game on the Sens’ first shot in more than a period as he let a wrister go from just inside the left faceoff circle on the power play at 7:46 for his seventh of his rookie campaign.

Formenton’s second of the game with 9:19 to play restored Belleville’s lead as he beat Primeau from the left wing before Cassels sealed the deal with a tip off of Rudolfs Balcers’ shot with 2:04 to play.

Belleville is back at it Friday evening when they visit Binghamton. The Sens are back home Dec. 6 when they host Cleveland in the first game of a back-to-back. Tickets are available by clicking here.