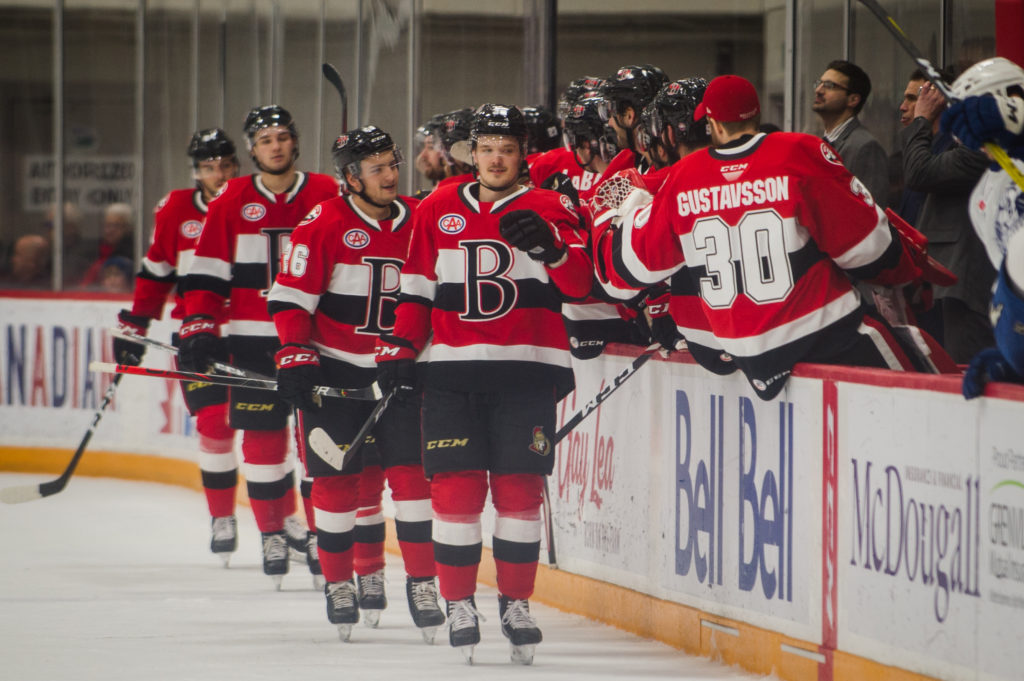 After a scoreless first period, Syracuse opened the scoring 33 seconds into the second. The Senators killed off two penalties in the first but they couldn’t make it three straight as Colton scored from the left faceoff dot on the man advantage for his 10th of the year.

Belleville tied the game on its own power play at 7:48 as captain Jordan Szwarz took the puck down low before firing across the crease to Norris who buried his 27th of the season to make it 1-1.

The Sens took the lead through Balcers at 15:10 on a pinpoint shot from the right circle before LaBate extended the lead 36 seconds later as he finished off a nice-passing play after driving the net to bury Morgan Klimchuk’s pass.

Norris’ second of the day 1:03 into the third pushed Belleville’s lead to 4-1 as he used Crunch d-man Dominik Masin as a screen to beat Wedgewood. Barre-Boulet made it 4-2 with 16:39 as he jumped on a rebound out front to score his 20th of the year but the Sens restored its three goal lead 17 seconds later as Formenton blew past Luke Witkowski before sliding the puck under the right pad of Wedgewood.

Belleville is back in action Wednesday when they visit Rochester. The Sens are back home Friday against Utica and tickets are available by clicking here.