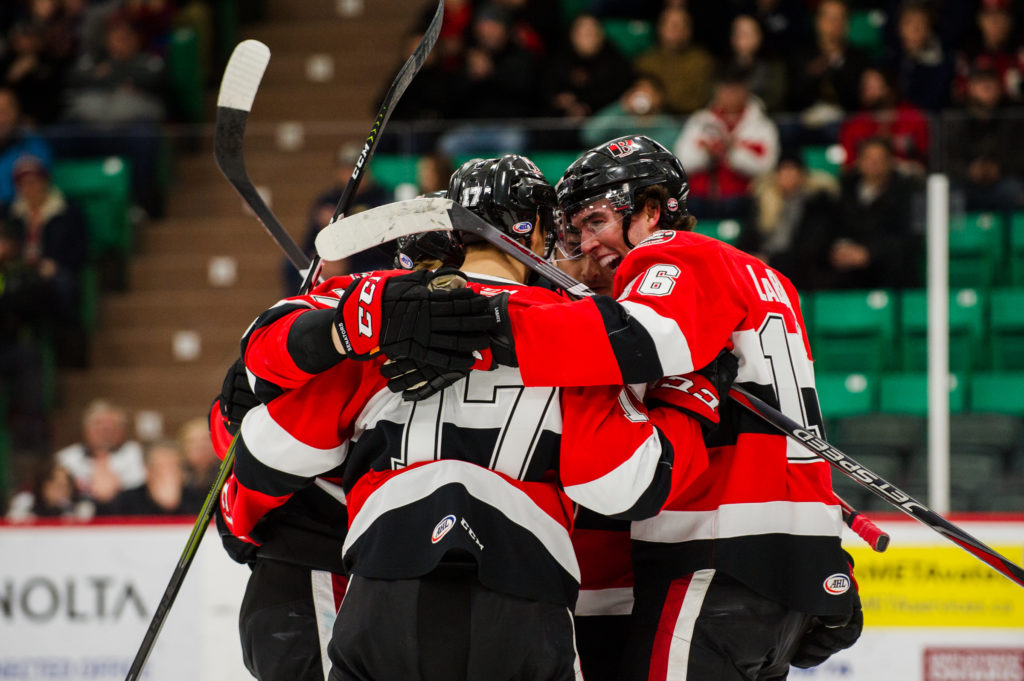 After Gustavsson brilliantly denied Hudon and then Barber in quick succession, Formenton went down the other end and beat Primeau low for the overtime winer at 2:46.

After Hudon gave Laval a 1-0 lead 3:46 in, Beaudin tied the game up at 12:14 as he buried Joseph LaBate’s pass from the side of the net for his fourth of the season. The Senators had the lead 34 seconds later as with Jesperi Kotkaniemi and Otto Leskinen in the box, Brannstrom let a one-timer go from inside the blue line using a screen to beat Primeau.

In a penalty filled second period, that saw the Sens take four penalties, Laval finally broke through on a 5-on-3 as with Jordan Szwarz and Parker Kelly in the box, Barber scored his 12th of the season at 17:47 to make it a 2-2 game.

Beaudin left the game in the second period after an awkward fall in the corner and did not return. Brannstrom recorded his 50th career AHL point on his goal.

The win marked the seventh straight victory for the Senators, extending its franchise record.

Belleville returns to action Friday on Valentine’s Day when they host the Toronto Marlies. Tickets are available by clicking here.