Sens beaten by Admirals in first ever meeting 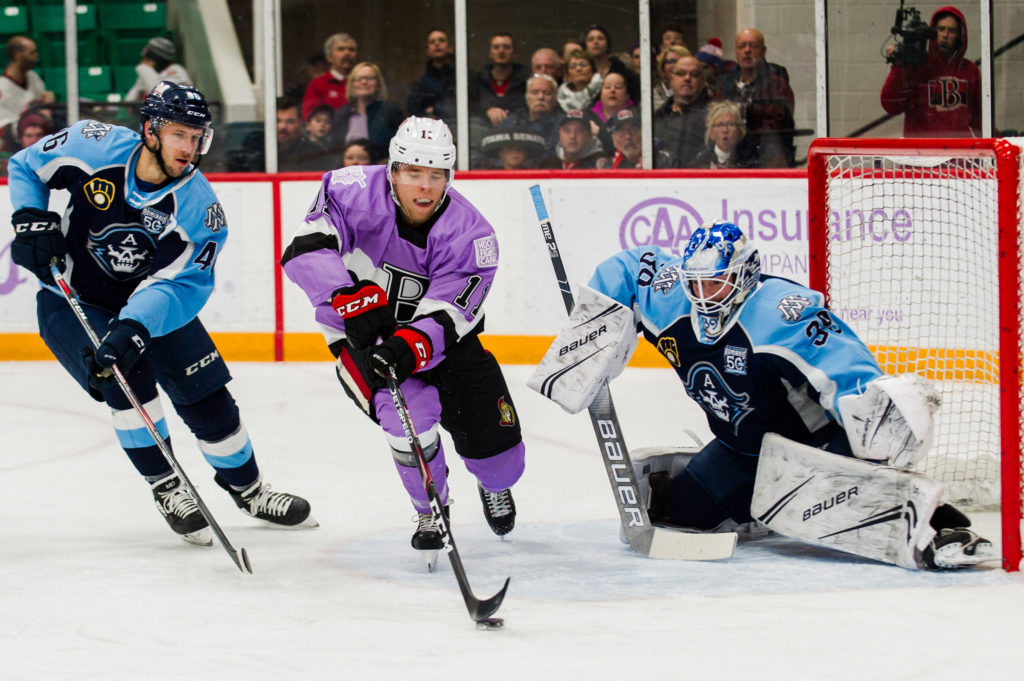 The Milwaukee Admirals got the better of the Belleville Senators 4-2 Saturday night in the first ever meeting between the two teams.

Belleville’s Filip Gustavsson made 14 saves before being replaced by Marcus Hogberg for the third who stopped eight shots. Morgan Klimchuk and Rudolfs Balcers had goals for the Sens. Milwaukee’s Connor Ingram turned away 28 shots as Cole Schneider, Rem Pitlick, Daniel Carr and Jeremy Davies scored.

A fast-paced first period, that didn’t see a whistle for the first 6:38, saw Milwaukee jump out to a 1-0 lead courtesy of a power play goal through Schneider who banged in a rebound after Gustavsson had made a pad save.

Belleville found the tying goal through Klimchuk’s first of the year at 15:59 as a Ads defenceman’s clearing attempt hit the skate of Cole Cassels and the puck fell right to Klimchuk in the slot who made no mistake to tie the game. The Admirals restored the lead 59 seconds later though through another power play goal as Pitlick tipped in Alex Carrier’s point shot from the high slot.

Carr pushed Milwaukee’s lead to 3-1 6:46 into the second as from the right faceoff circle, the veteran forward beat Gustavsson blocker side for his ninth of the season. But Belleville cut into the lead as Balcers grabbed his third of the season on the man advantage as the Latvian tipped home Josh Norris’ point shot at 13:15 to cut Milwaukee’s advantage to 3-2.

The Admirals got a big goal late in the second through Davies who buried a one-timer with 11.2 seconds left in the period after Colin Blackwell had chipped the puck up to himself after Belleville was caught in an awkward change.

Hogberg replaced Gustavsson to start the third but no scoring took place despite the teams combining for 17 shots.

Belleville is back at it Wednesday when they host Manitoba for the first time this season. Tickets are available by clicking here.