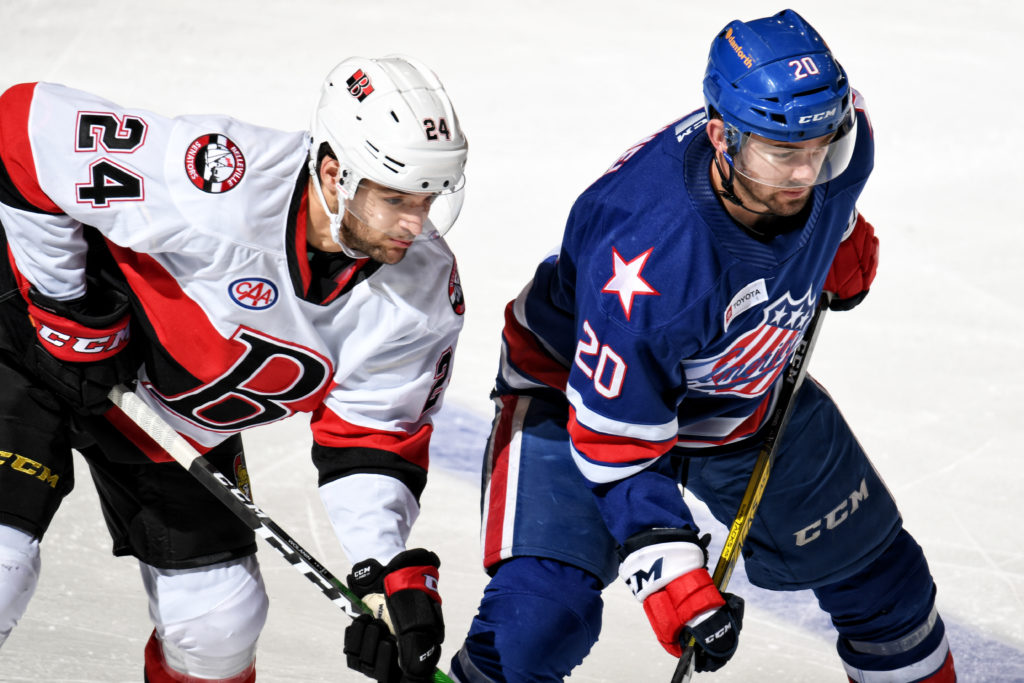 The Belleville Senators staged another comeback Wednesday night as they beat the Rochester Americans 3-2 in overtime.

Belleville’s Joey Daccord made 27 saves as Vitaly Abramov and Josh Norris scored in regulation before Norris buried the overtime winner. Rochester’s Ukko-Pekka Luukkonen turned aside 15 shots while Jean-Sebastien Dea, and Jacob Bryson scored for the hosts.

It took just 72 seconds for Norris to seal the win in overtime as he skated down the left wing and beat Luukkonen five-hole for his 30th goal of the season.

It was a first period that saw Rochester dominate in regards to shots and they had the only goal of the frame through Dea who got the final touch on a Zach Redmond point shot that creeped over the goal line at 4:34.

The Amerks extended its lead in the second through the first professional goal of Bryson’s career as he took Rasmus Asplund’s pass on an odd-man rush to beat Daccord at 10:56 for a 2-0 lead.

Belleville got on the board with 9:37 to play through Abramov’s 18th goal of the season as he smashed home Norris’ cross-ice feed on a one-timer to cut the Rochester lead in half.

It was a 2-2 game with 4:49 to play on Norris’ 29th of the year as Jordan Murray’s point shot was tipped by Rudolfs Balcers before Norris got a piece of it again to beat Luukkonen low to send the game to overtime before he scored the game-winner.

Belleville is back in action Friday when they host Utica. Tickets are available by clicking here.