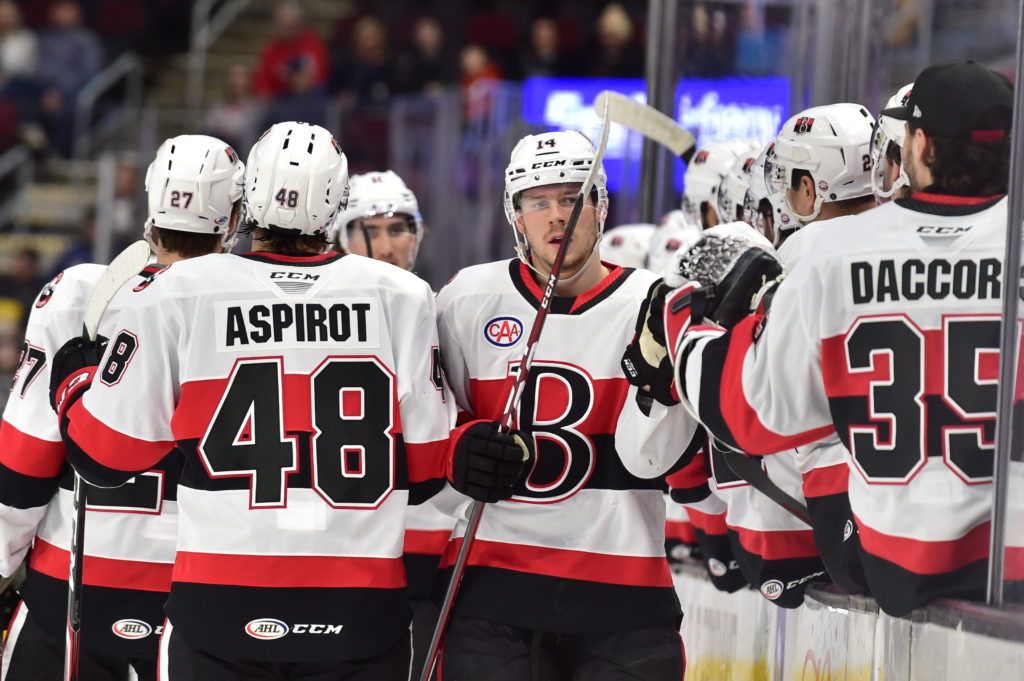 The Belleville Senators made it a weekend sweep in Cleveland after a 4-1 win Saturday afternoon.

Chlapik had the lone goal of the first and it came short-handed as on a 2-on-1 rush with Alex Formenton, the Czech forward buried his eighth of the season at 18:05.

It was 2-0 Belleville at 15:47 of the second through Archibald as his snap shot hit the back crossbar and came back out immediately, meaning a review had to confirm his third goal with Belleville as the Senators extended its lead.

Kelly scored his 10th of the season 3:10 into the third period as he had his stick on the ice to bury Jordan Szwarz’s cross-ice feed to make it 3-0 before Sherwood got Cleveland on the board with 6:36 to play as on the power play, Derek Barach’s shot hit him in the mid-section with the puck then hitting Gustavsson in the back and then trickling over the goal line.

Formenton made it 4-1 on the power play with 1:55 to play as he went up high for his 26th of the year after finding the puck out front.

The Senators return home March 4 against Toronto. Tickets are available by clicking here.