Sens doubled up by Amerks 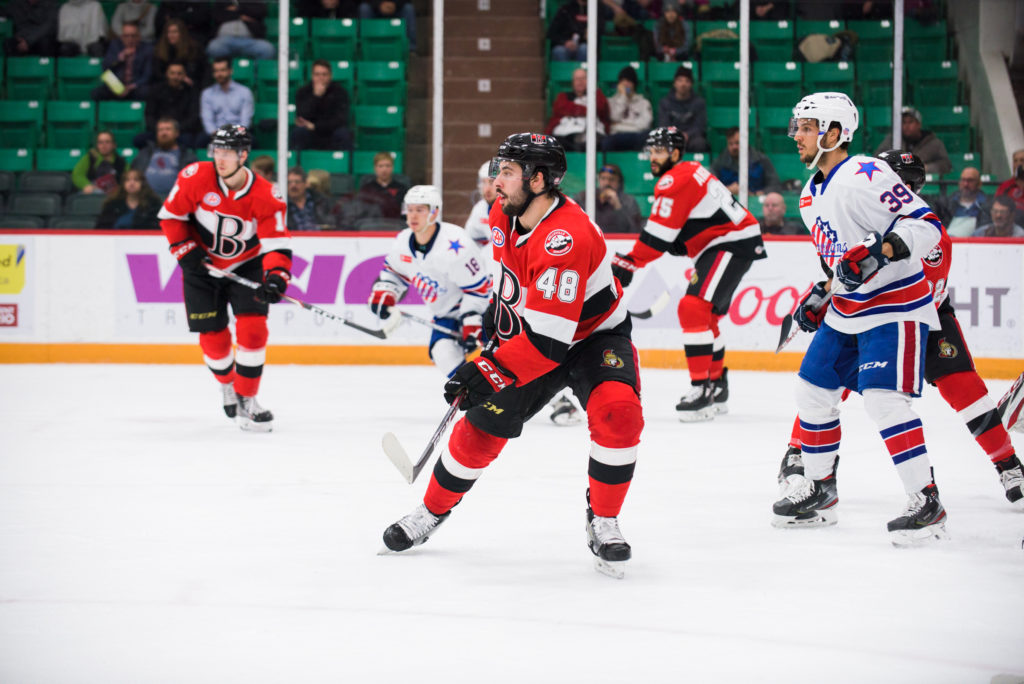 The Belleville Senators were beaten 4-2 by the Rochester Americans Saturday night at CAA Arena.

The Sens struck first through Lajoie’s fourth of the year just 2:57 in but were pegged back by a Leier goal at 10:13 of the second period.

Belleville restored its lead only 37 seconds later through Batherson as wired a one-timer from the top of the right faceoff circle for his 16th of the year.

However, the Amerks used three third period goals to give them the two points that was started by Bryson at 2:48 before Borgen’s first goal of the season proved to be the game-winner with 1:12 to play.

Malone buried an empty-netter inside the final 30 seconds to complete the 4-2 win.

Belleville is back in action Wednesday when they visit Laval. The Sens are back home March 20 when they host Grand Rapids and tickets are available by clicking here.