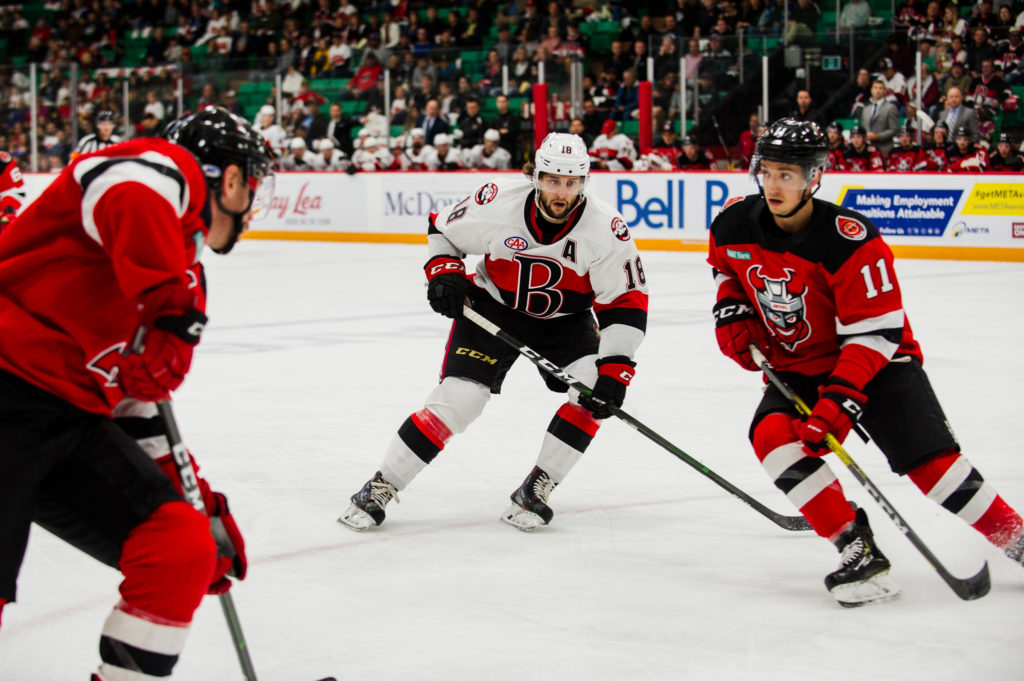 The Belleville Senators dropped its home-opener Friday night to the Binghamton Devils 2-1.

It took 3:44 for the Devils to open the scoring as off of a stretch pass by Nathan Bastian, Conner beat Hogberg five-hole on a breakaway for his first of the year.

Their lead was 2-0 at 5:17 as Seney buried Joey Anderson’s pass from behind the net after an errant pass in the Sens’ defensive zone set the chance up for the visitors.

Heading to the penalty kill, the Senators got a burst scoring their first short-handed goal of the season as Nick Paul chipped the puck down the boards to create a 2-on-0 before centering for Klimchuk whose shot squeaked through Cormier at 10:57.

After a scoreless second, that included an outstanding glove save by Hogberg to deny Ben Street on a 5-on-3, the Sens came out flying in the third that saw Batherson denied inside the opening minutes by a blocker save by Cormier after the Sens forward had used a screen to fire off a good scoring opportunity.

Belleville fired 12 shots on Cormier in the frame but couldn’t get past the rookie netminder as the Sens dropped to 0-2 on the season.

Belleville and Binghamton will square off again Saturday night at 7pm at CAA Arena. Tickets are available by clicking here.