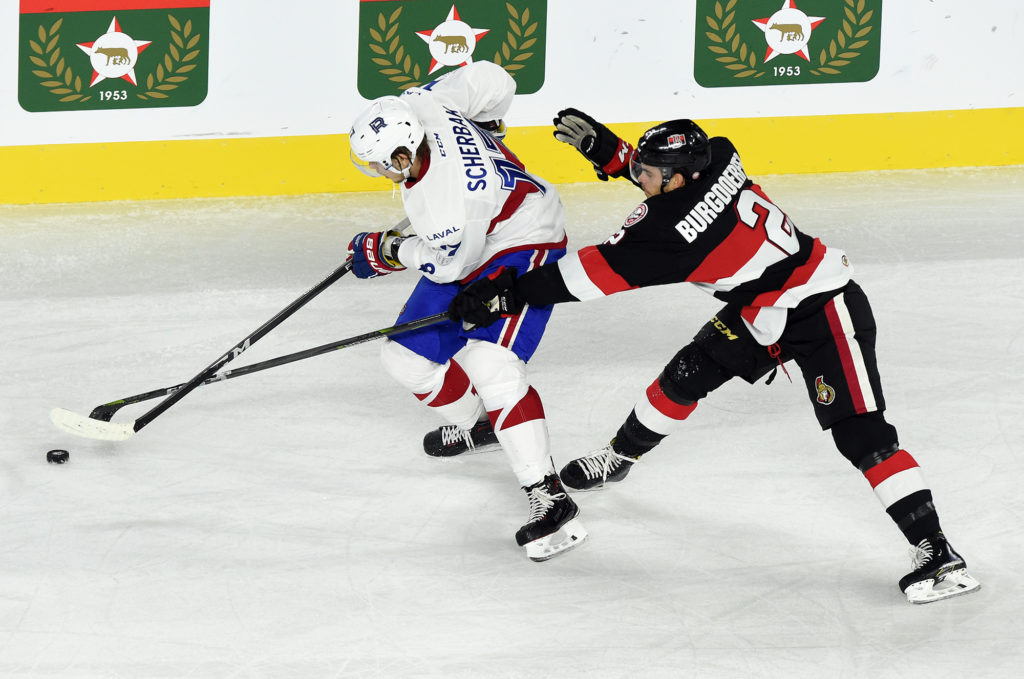 Filip Chlapik had two goals while Daniel Ciampini had a goal and two assists as Belleville dropped its preseason finale 7-5 to the Laval Rocket Sunday afternoon.

The Rocket got goals from Chris Terry (2), Zach Redmond (2), Niki Petti, James McEwen and Alexandre Goudet while Jakub Jerabek and Matt Taormina had three assists each.

Ben Sexton and Max Reinhart had the Sens’ other goals while Chris DiDomenico also had two assists. Andrew Hammond started and made 14 saves before being replaced by Marcus Hogberg with 9:03 to play in the second. Zach Fucale made 13 saves for the Rocket.

The Rocket opened the scoring just 2:32 in as McEwen buried Taormina’s pass but the Sens replied immediately, Sexton scoring on the power play at 4:30 as he buried his own rebound.

Goulet gave the Rocket a 2-1 lead heading into the intermission before Terry and Redmond’s second period goals pushed their lead to 4-1 before Hammond was pulled in favour of Hogberg.

Terry’s one-timer from the right face-off circle made it 6-1 Laval but the Sens grabbed a goal back with Chalpik burying Ciampini’s pass.

After Redmond had pushed the lead to 7-2, Chlapik got his second goal of the night as he tipped home Max Lajoie’s point shot on the power play with 7:36 to play.

Reinhart got his first goal of the preseason at 17:39 as he benefitted after great work from Ciampini, the latter would then bury a loose puck in the crease with 1:22 to play after Gabriel Gagne drove the net to make it a two-goal game.

Belleville was 2-for-6 on the power play while the Rocket went 3-for-6 with the man advantage.

The Sens and Rocket will open the regular season Friday night at Place Bell at 7:30pm. The game can be seen on AHL Live (subscription required) while Jack Miller will have the call on CJBQ 800.