Sens fall to Laval to close out homestand 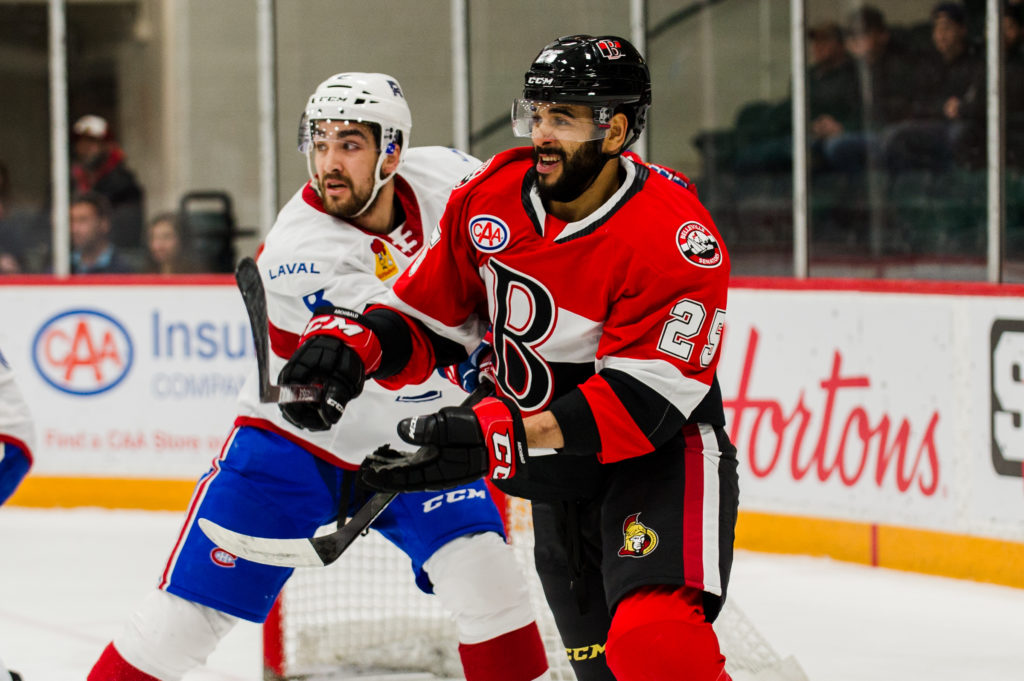 The Belleville Senators were beaten 4-1 by Laval Wednesday night at CAA Arena.

A tight first period saw LaBate grab the only goal of the frame with just 3.9 seconds left as he took advantage of a mis-clear by Maxim Lamarche and was about to fire a low shot past Primeau for his 10th of the year.

A couple of questionable interference calls on Jonathan Aspirot and then Jack Dougherty either side of a Michael Carcone penalty gave Laval two separate 5-on-3 chances and they took advantage on the second one as Jevpalovs scored on a one-timer from the left faceoff dot at 11:43 of the second to make it a 1-1 game.

Hudon gave Laval the lead at 16:02 as on an odd-man rush Jesperi Kotkaniemi was tripped by Hudon gathered the loose puck to beat Daccord glove side for his 27th of the season.

Laval secured the win with two empty-net goals in the final minute of regulation through Jevpalovs and Dauphin.

Belleville is back in action Friday for the first game of a back-to-back against Cleveland. The Sens are back home on March 4 when they host Toronto. Tickets are available by clicking here.