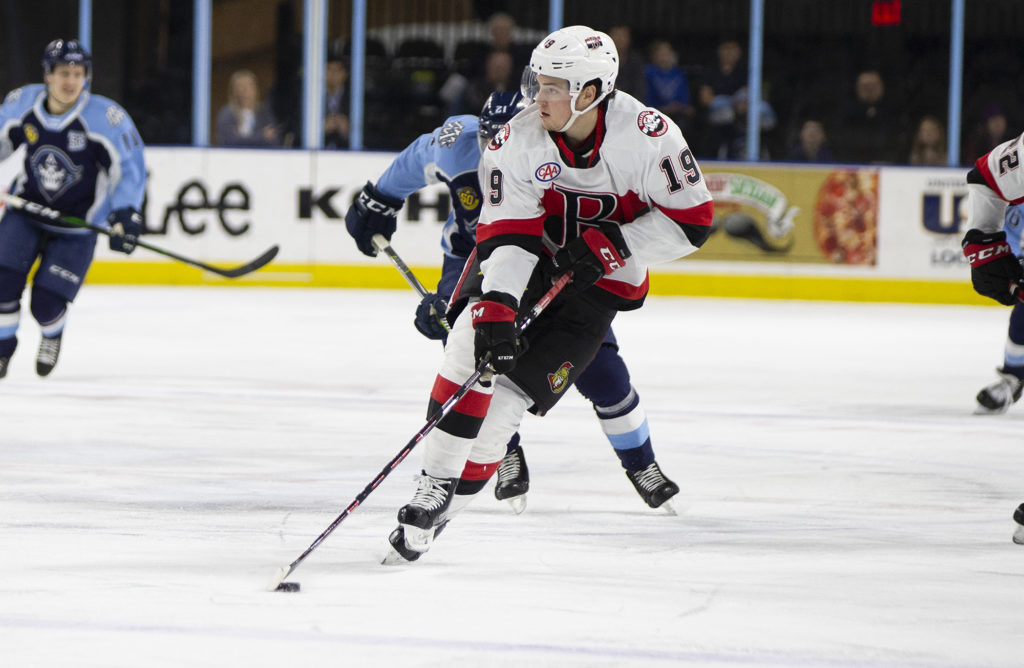 In their first ever visit to Milwaukee, the Belleville Senators were narrowly beaten 2-1 by the Admirals Tuesday night.

Rudolfs Balcers scored for the Senators as Joey Daccord made 18 saves. Connor Ingram turned away 25 shots for the Admirals while Michael McCarron and Yakov Trenin had goals.

Milwaukke opened the scoring 3:38 into the game through a familiar face in McCarron, who the Sens have seen a lot with Laval, as he drove the net on an odd-man rush to convert Anthony Richard’s feed in-close. The lead was nearly doubled before the end of the frame but Daccord robbed Carr with a glove save on a 2-on-1 rush.

After a scoreless second, the Senators tied the game 28 seconds into the third as Balcers has his stick on the ice to re-direct Batherson’s slap pass for his ninth of the season.

Daccord, who robbed Daniel Carr in the first with his glove, did the same in the third as he denied Miikaa Salomaki on a breakaway to keep it a 1-1 game before unbelievably denying Jeremy Davies with a spinning glove save.

Milwaukee finally broke through Daccord with 10:07 to play on Trenin’s 15th of the year on the power play to make it 2-1.

Belleville is back in action Friday when they visit Utica to complete the road trip. The Sens are back home Saturday when they host the Comets on Bell Let’s Talk night. Tickets are available by clicking here.