Sens make it seven straight on the road 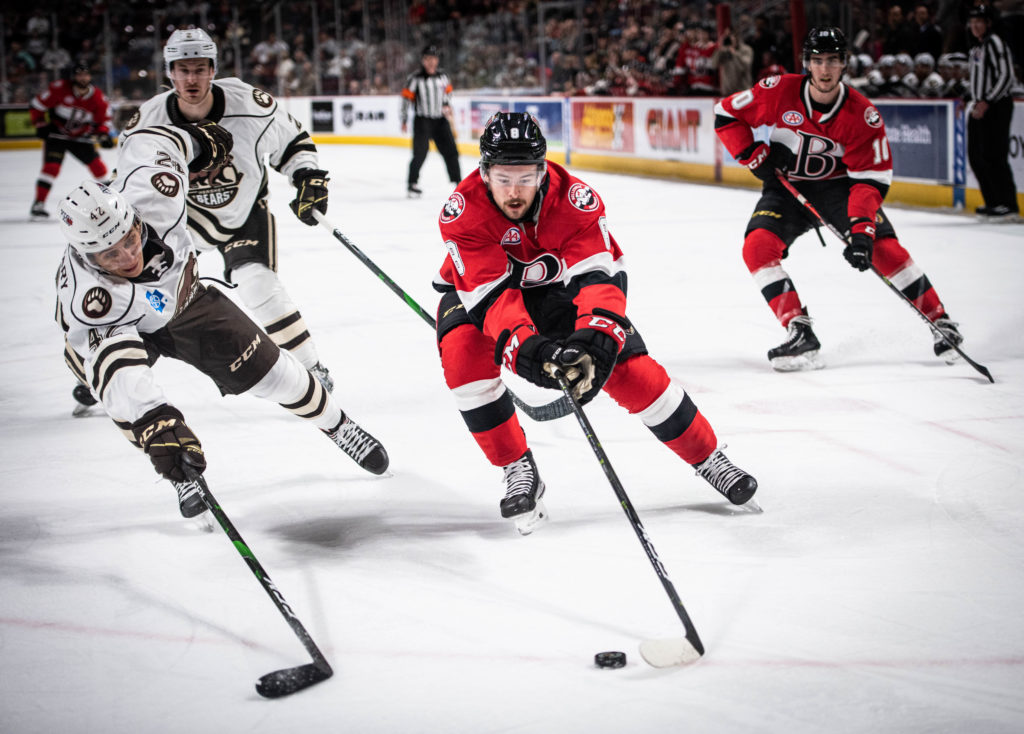 The Belleville Senators made it seven straight road victories with a 3-1 win over the Hershey Bears Saturday night.

Josh Norris, Jordan Szwarz and Drake Batherson scored for the Sens while Joey Daccord made 26 saves. Eddie Wittchow had the lone goal for the Bears while Vitek Vanecek turned aside 13 shots.

It was a first period dominated by the hosts as they limited the Sens to just one shot as they took a 1-0 lead into the intermission through Wittchow’s first of the season at 6:20.

The Sens tied the game on just its third shot of the game at 7:38 of the second through Norris who beat Vanecek low from the top of the left circle on the power play to make it 1-1 after Liam O’Brien was served a five-minute major and game misconduct for cross-checking.

They had their lead on the same power play as after former Sens captain Erik Burgdoerfer took a penalty to make it a 5-on-3 current Sens captain Szwarz had his stick on the ice to tap home Drake Batherson’s centering feed out front.

Batherson’s ninth of the year sealed the deal for the Sens with 1:14 left as he bagged the empty-net goal to make it a three-point night. Daccord collected his first AHL win in his league debut.

Belleville is back at it Friday night when they host Cleveland. Save on tickets, as well as merchandise, through Monday night as part of Black Friday by clicking here.