Sens power to victory in Binghamton 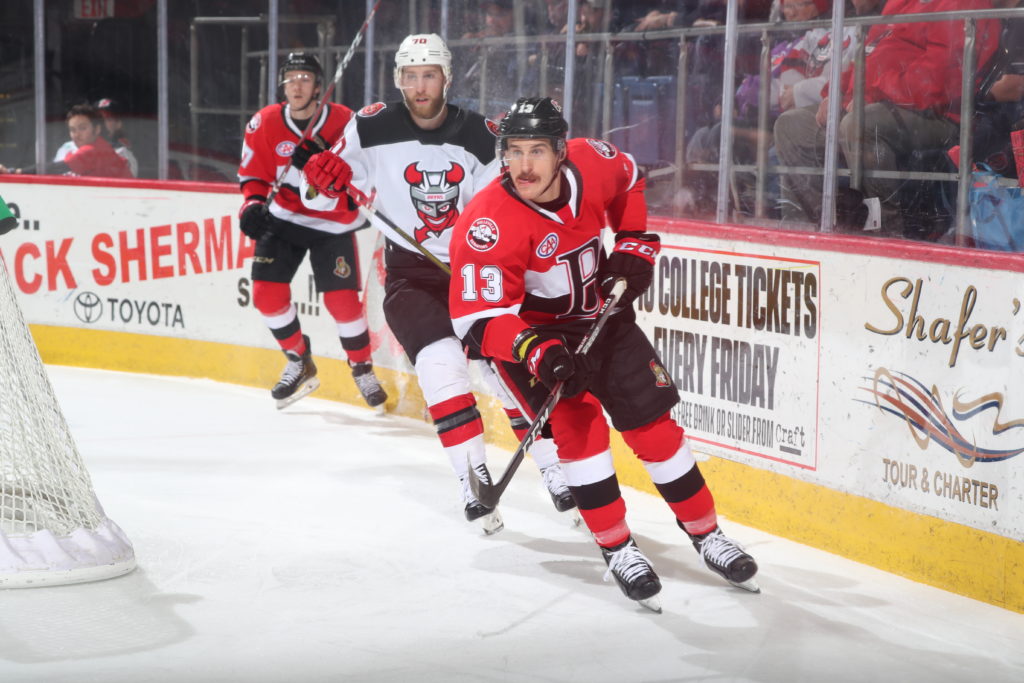 It was a scoreless first period that saw the Sens outshoot the Devils 9-8 but lose d-man Jonathan Aspirot just 6:12 into the game as he was given a five-minute major and a 10 minute game misconduct for cross-checking Brett Seney in the face after a whistle.

The Sens put a three-spot on the board in the second that began at 3:21 on Sturtz’s first of the season as he took a nice stretch pass from Jordan Murray down the middle before beating Schneider low for a 1-0 lead.

It was 2-0 at 5:08 on Norris’ eighth of the year as he buried a one-timer off of Drake Batherson’s feed from behind the net. Binghamton cut the lead in half at 9:40 through Street who himself scored on a one-timer on the power play off of Joey Anderson’s set-up.

But Belleville restored the two-goal lead with 2:48 left in the frame as Davidsson buried a juicy rebound for his second of the season after Francois Beauchemin’s initial shot was denied as he collected his first point of the season with the assist.

Murray made it 4-1 Belleville 8:58 into the third as he skated into the slot and beat Schneider with a wrister before Formenton scored an empty-net goal at 11:19 as the Devils went for broke.

Binghamton pulled one back through Anderson at 16:30 but Belleville would put the finishing touches on another road victory through Abramov who buried a penalty shot for his eighth of the season.

The Senators are back at it tomorrow as they visit Hershey. Belleville is back home Friday when they host Cleveland. Save on tickets, as well as merchandise, through Monday night as part of Black Friday by clicking here.