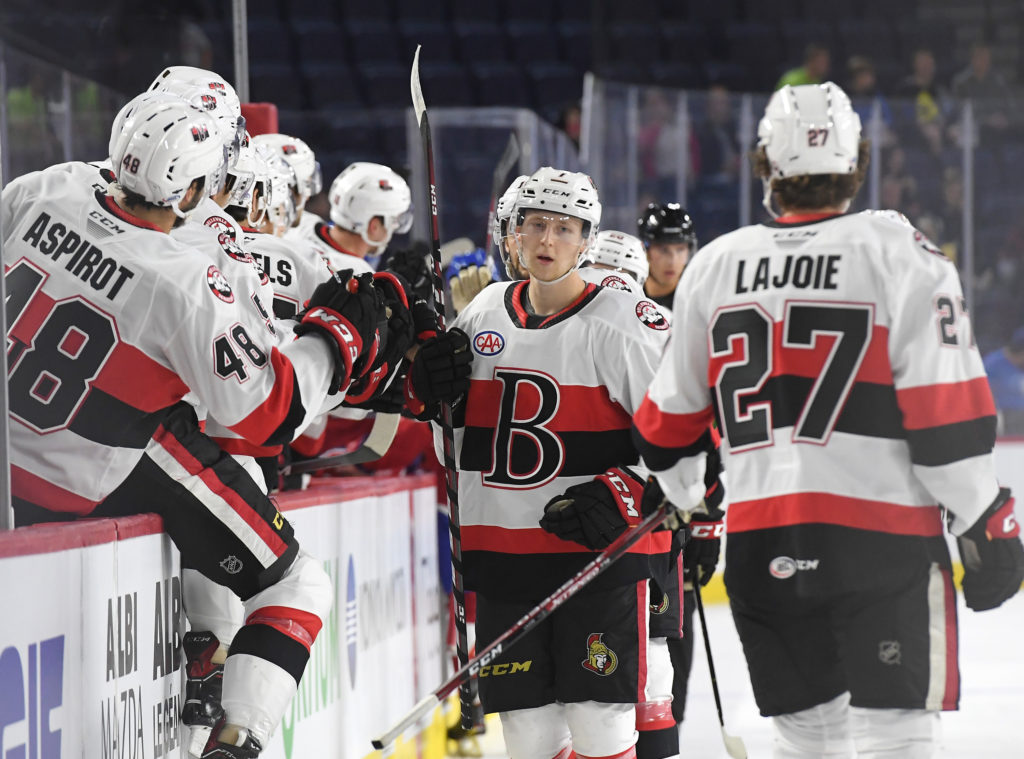 The puck is hours away from being dropped on the 2019-20 Belleville Senators season.

And with it, a number of players are set to make their AHL debuts.

Alex Formenton and Parker Kelly are entering their first full season s of pro hockey but did play in a handful of games each during Belleville’s inaugural season in 2017-18. Some of the Sens rooks, that also includes Andrew Sturtz too, got to experience AHL hockey for the first time in Laval last weekend as the Sens swept the Rocket in two preseason contests.

“We had a good weekend in Laval and it was good to get those first two games out of the way and I’m excited for the regular season now,” Norris said.

Davidsson, who has four years of pro experience in Sweden, said the two preseason games are crucial for the rookies to understand the AHL ahead of the regular season.

“It’s a little different here than Sweden,” he said. “It’s a different type of game and I have to figure that out as I go but I’m feeling very ready.

“Preseason prepared me very well. I actually enjoyed the game and how it developed. It reminded me not about Swedish hockey but more international hockey and I like that.”

Expectations for the Sens are high this season. After narrowly missing out on a playoff berth last year, the Sens enter the year with a surplus of youth that sees the average age just 23.1.

But the young Sens are ready for the next 76 games. And then hopefully for the second season thereafter.

“There’s a lot of young guys here and it’s been fun so far,” Norris said. “I’m just looking forward to the year.”