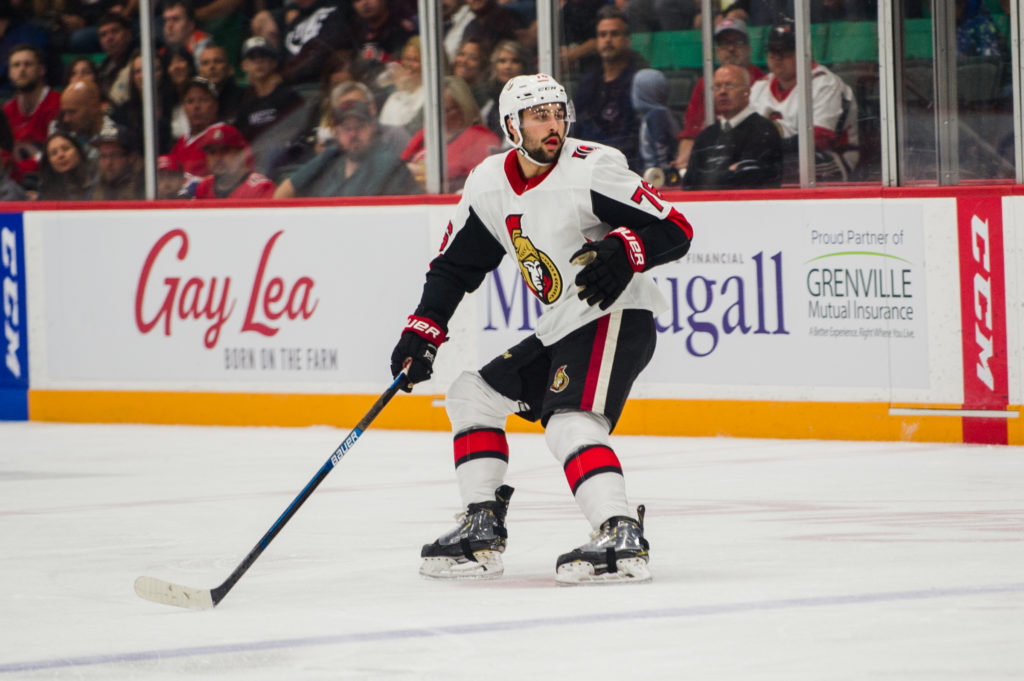 The Belleville Senators have signed defenceman Jonathan Aspirot to a two-year contract.

The first year of the deal is a two-way American Hockey League contract while the second year is a one-way AHL deal.

Aspirot, 20, has played the last three seasons with the Moncton Wildcats of the QMJHL where he tallied 73 points (22 goals) in 188 games.

The Mascouche, QC., native captained the Wildcats last season, a year in which he set career highs in goals (12), assists (23) and points (35).

Aspirot has played in the last two Rookie Showcases for the Ottawa Senators and is currently in camp with the Sens.