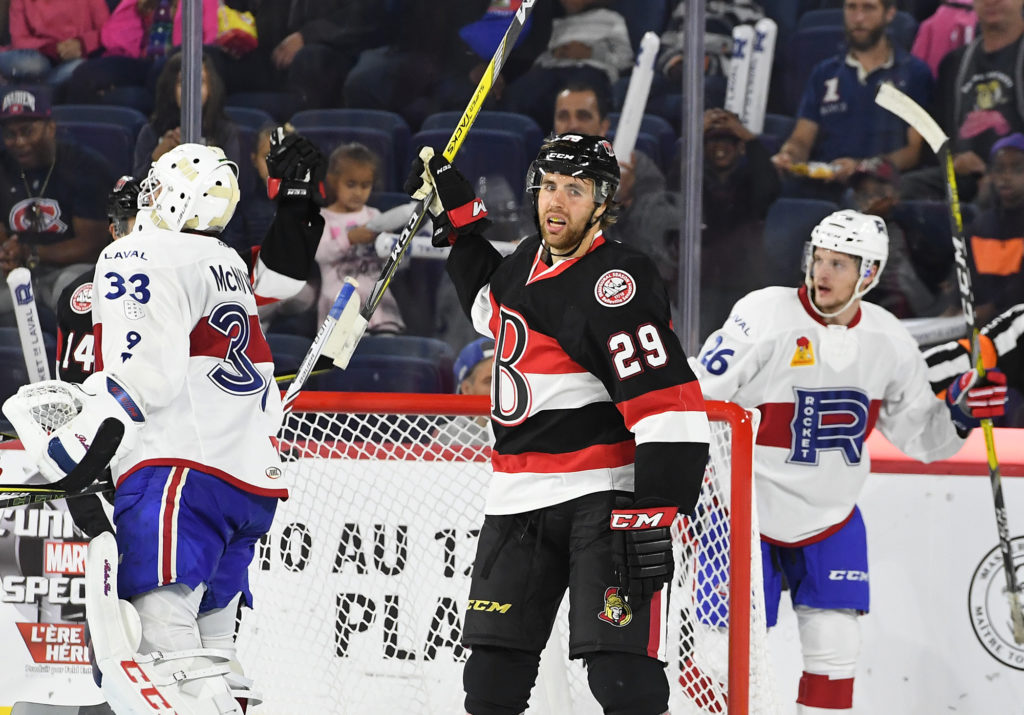 The Belleville Senators have signed Ethan Werek to a professional tryout agreement.

Werek, 26, played in two preseason games with the Sens registering an assist before being released.

The Markham, Ont., native had 27 points (13 goals) in 55 games last season with the AHL’s Texas Stars. He also scored three points in two games with the Orlando Solar Bears of the ECHL.

Werek has joined the Senators ahead of tonight’s match-up against the Syracuse Crunch at 7pm.