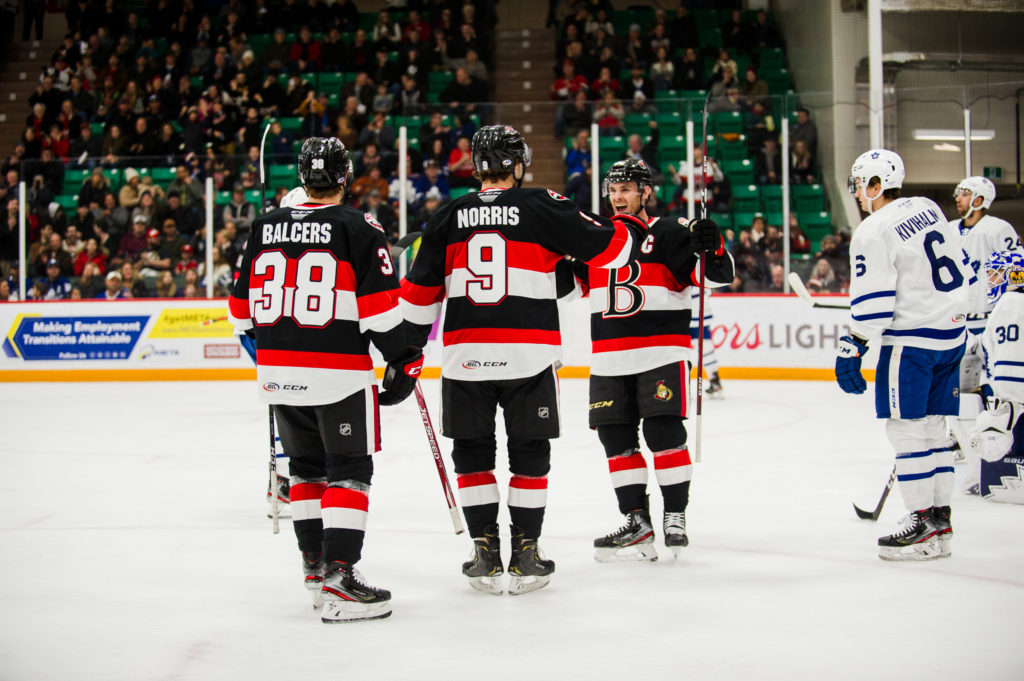 Down 4-3 heading into the third, the Sens took the lead in the matter of 51 seconds. Brannstrom undressed Kristins Rubins at the blue line before going bar down at 7:35 for his second of the year and the Sens had the lead through Klimchuk who cut in from the right slot and fired a wrister low to make it a 5-4 lead and chase Kaskisuo from the game.

Beaudin made it a 6-4 lead at 14:27 short-handed on a pretty passing play that had to reviewed as Beaudin’s shot went in and out in a blink of an eye as he scored his third of the season in his return after missing the previous nine games. Kelly scored an empty-netter with 1:23 to play.

Toronto opened the scoring 4:30 into the first through Aberg as he beat Daccord low over his blocker for his 15th of the year. The Sens tied the game at 13:24 through Szwarz, although the captain didn’t know much about it. On the power play, Norris let a one-timer rip from the right circle that hit the Sens captain in the shin pads to deflect past Kaskisuo for his 13th of the year.

Marchment gave Toronto the lead again 63 seconds into the second period on the power play as he was standing on the edge of the paint to tap in Nic Petan’s centering pass for his sixth of the season before his second of the night came on a one-timer off of Petan’s pass from the left slot at 4:27 to make it 3-1.

Carcone’s 12th of the year cut the deficit to 3-2 with 4:01 left in the period as his shot squeaked over the goal line with a crowd out front after he had banked the puck off of Kaskisuo from behind the net. Marchment completed his hat-trick with 1:46 left in the period on the power play as he tapped in a loose puck to make it 4-2.

Belleville gave itself life with 3.2 seconds left in the second as Norris went coast-to-coast and tucked the puck low past Kaskisuo for his team-leading 25th of the year.

Belleville plays again Saturday night when they host Laval in their 100th home game at CAA Arena. Tickets are available by clicking here.