Sens storm back to beat Moose in overtime 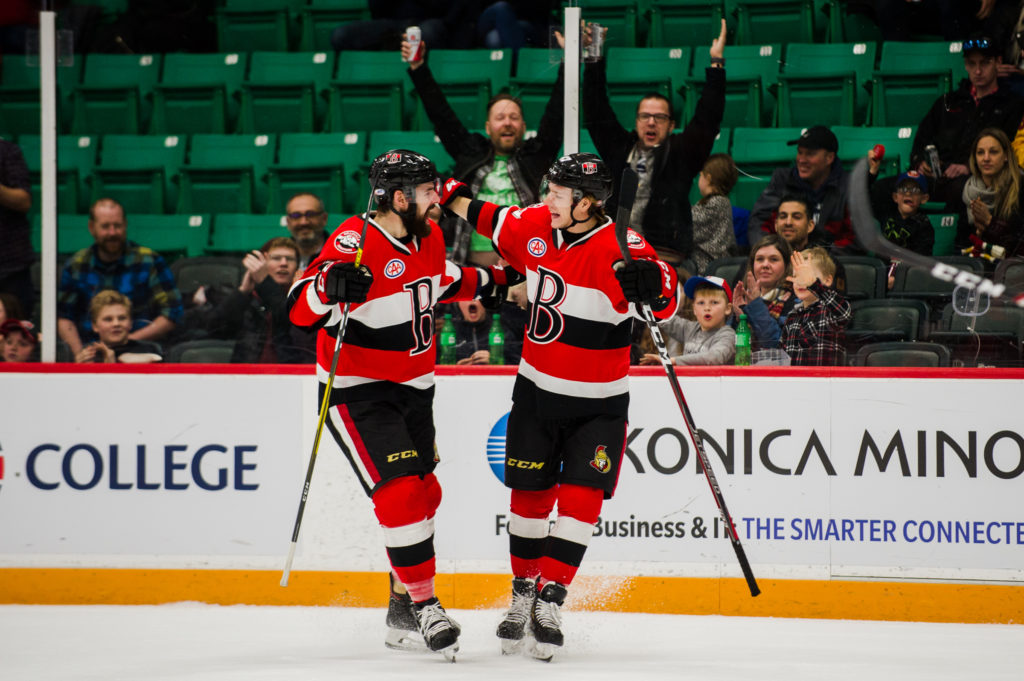 After staging a comeback from three goals down, the Senators secured the overtime win through Formenton as he skated in and saw his shot saved but the puck went skywards, hit Berdin in the back and rolled in at 2:01 to secure a 5-4 victory.

Reichel made it 1-0 just 2:57 into the game on his ninth of the year as right off of a faceoff win by CJ Seuss, the Czech native unleashed a wrister that beat Gustavsson through traffic. The visitors doubled its lead at 5:05 through White as he buried a rebound after Cole Maier had originally been denied.

Stanley pushed the Moose lead to 3-0 at 4:41 of the second from the left boards as he used a few screens to score his third of the season.

The Senators got on the board 44 seconds later through Archibald’s second in as many games as he was out front to bury Morgan Klimchuk’s pass from the side of the net for his second goal in Belleville jersey. The Sens got more life with 52.4 seconds in the period as Joseph LaBate chased a puck short-handed that prompted Berdin to come out and play it where he miscued a pass and Kelly gathered to shoot into an empty net to cut the deficit to 3-2.

Belleville tied the game at 6:20 of the third through captain Szwarz as on the power play he had his stick on the ice to re-direct Rudolfs Balcers’ pass for his 16th of the season.

Manitoba regained the lead with 8:17 to play on Reichel’s second of the night as off of another faceoff, he swatted at a puck after getting inside a Sens defender and beat Gustavsson for a 4-3 lead but Balcers sent the game to overtime with 34 seconds left in regulation as he buried a great set-up by Szwarz out front.

Belleville returns to action Wednesday when they host Laval. Tickets are available by clicking here.