Sens storm back to win in Grand Rapids 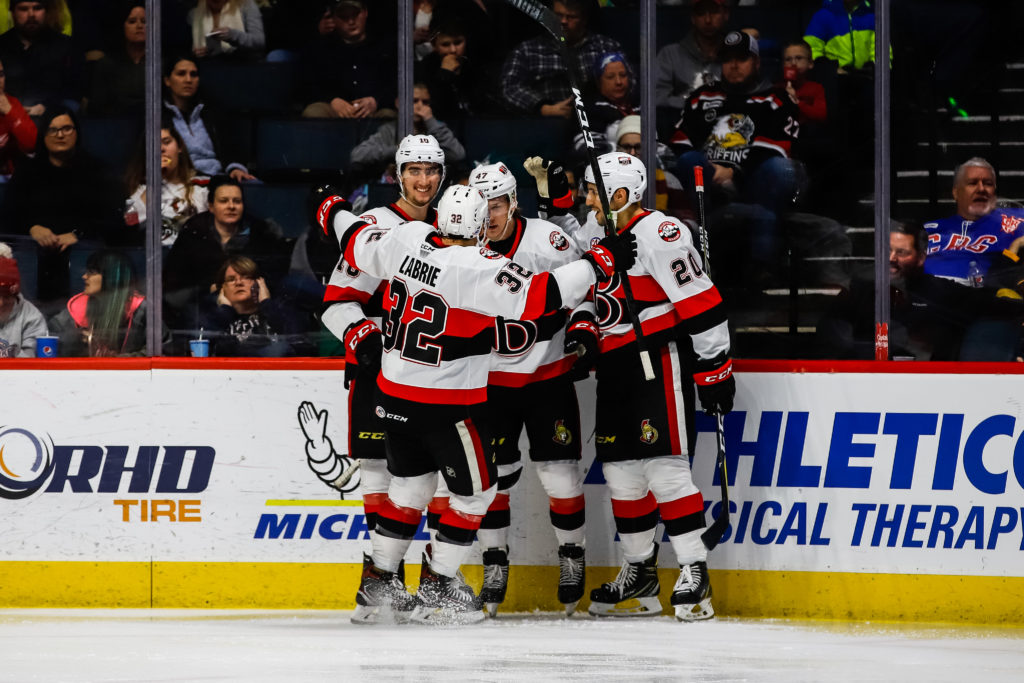 Parker Kelly, Morgan Klimchuk and Michael Carcone had goals for the Senators while Joey Daccord made a career high 43 saves. Grand Rapids’ Dominik Shine, Dennis Cholowski and Evgeny Svechnikov scored for the hosts while Kevin Poulin turned away 27 shots.

Heading into the shootout, Chris Terry gave the Griffins a 1-0 lead through the first round but goals from Vitaly Abramov and Logan Brown, and misses from Joe Velano and Matt Puempel gave Belleville the extra point.

After a scoreless first, it was the Griffins who opened the scoring 3:20 into the second period through Shine before Kelly tied the game at 6:45 with a short-handed goal as he beat Poulin up high. Cholowski would give his side the lead before the end of the period though on a power play marker at 16:58.

Svechnikov pushed the Grand Rapids lead to 3-1 at 5:46 of the third but Belleville got the goal back through Klimchuk’s eighth of the year at 10:17.

Carcone tied the game with 6:02 to play to send the game to overtime and eventually a shootout.

Belleville is back in action Monday afternoon when they visit Rockford for the very first time. The Sens aren’t home until Jan. 25 when they host the Comets on Bell Let’s Talk night. Tickets are available by clicking here.