Sens to welcome Smyth as part of History of AHL night 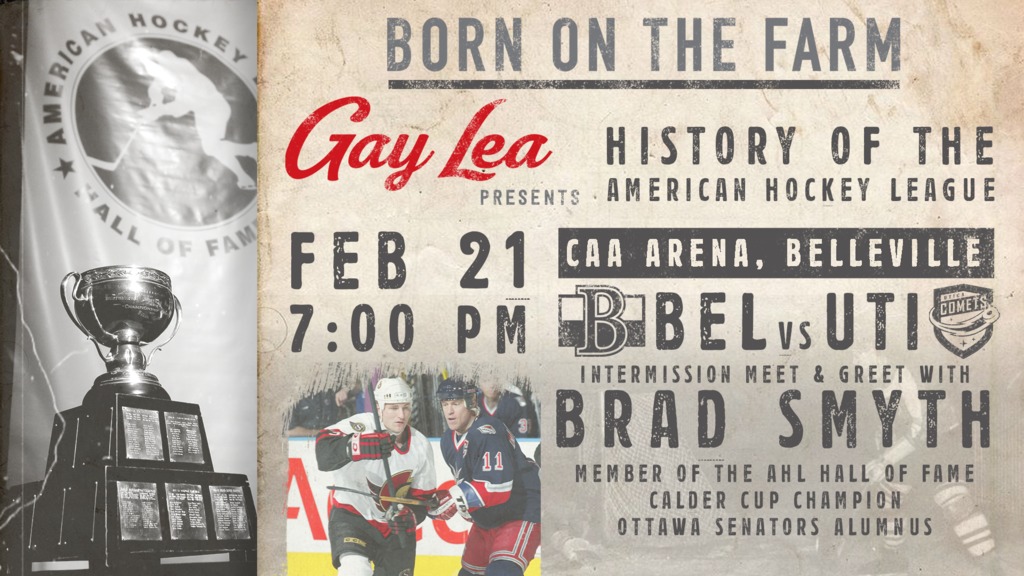 American Hockey League Hall of Famer Brad Smyth will be in attendance Friday night when the Belleville Senators host the Utica Comets.

Smyth will be available as part of a first intermission meet-and-greet as part of History of the American Hockey League presented by Gay Lea.

He was part of the 2019 AHL Hall of Fame class while his 667 points are the 30th most in AHL history. The Ottawa native is one of six AHL players ever to hit the 50-goal mark twice and one of seven players ever to lead the league in goals on two separate occasions.

Tickets for Friday’s game, which sees the North Division Senators battle the third-placed Comets, are available by clicking here.