Sens win in Bridgeport to complete 3-in-3 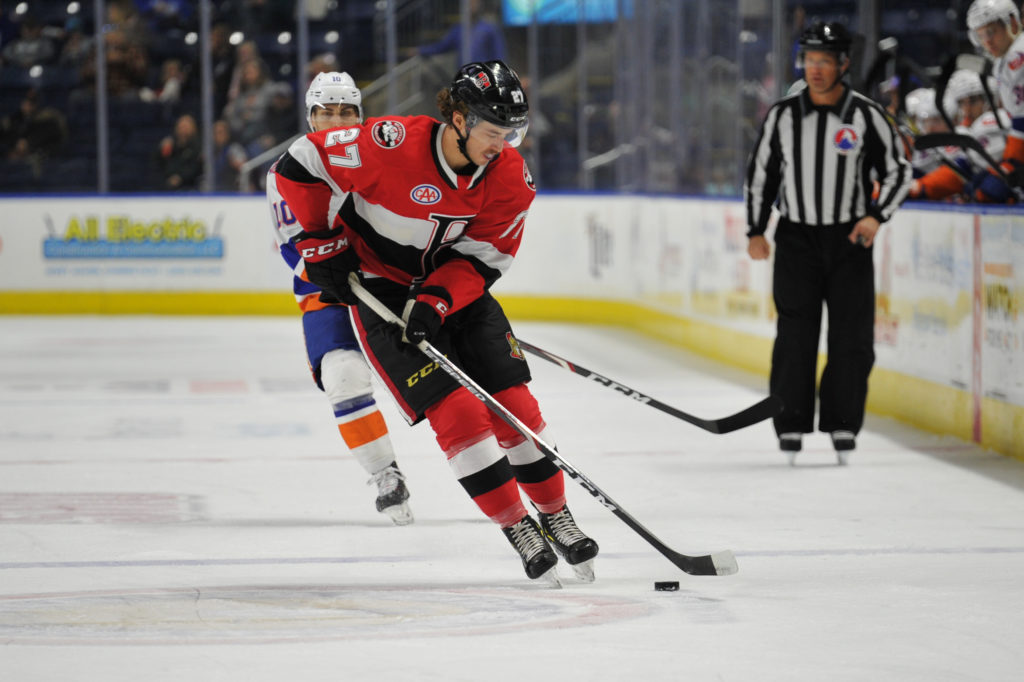 The Belleville Senators completed its 3-in-3 with a 2-1 win over the Bridgeport Sound Tigers Sunday afternoon.

In his second start in as many days, Marcus Hogberg made 27 saves while Morgan Klimchuk and Max Veronneau scored. Bridgeport’s Jakub Skarek stopped 28 shots as Andrew Ladd had the Sound Tigers’ lone goal.

In a brisk first period, the Sens struck late in the frame through Klimchuk’s third of the year as after Mike Carcone’s stick broke on the initial shot fooling Skarek, Klimchuk was able to toe-drag and beat the Bridgeport netminder for a 1-0 lead.

The lead was 2-0 3:52 into the second period as Veronneau grabbed his fourth of the year as he was on hand to bury Alex Formenton’s centering feed up high from in-close.

The Sound Tigers cut the lead in half before the second was up as Ladd scored his first of the year on a wrister from the right circle with 2:25 left in the frame.

Hogberg made 10 saves in the third period, although none were extraordinary, as he grabbed his third win of the season to help the Sens get back to .500 at 6-6-0-1.

The Sens will hit the ice again Wednesday when they visit Laval. Belleville returns home Nov. 15 to host Bridgeport and tickets are available by clicking here.