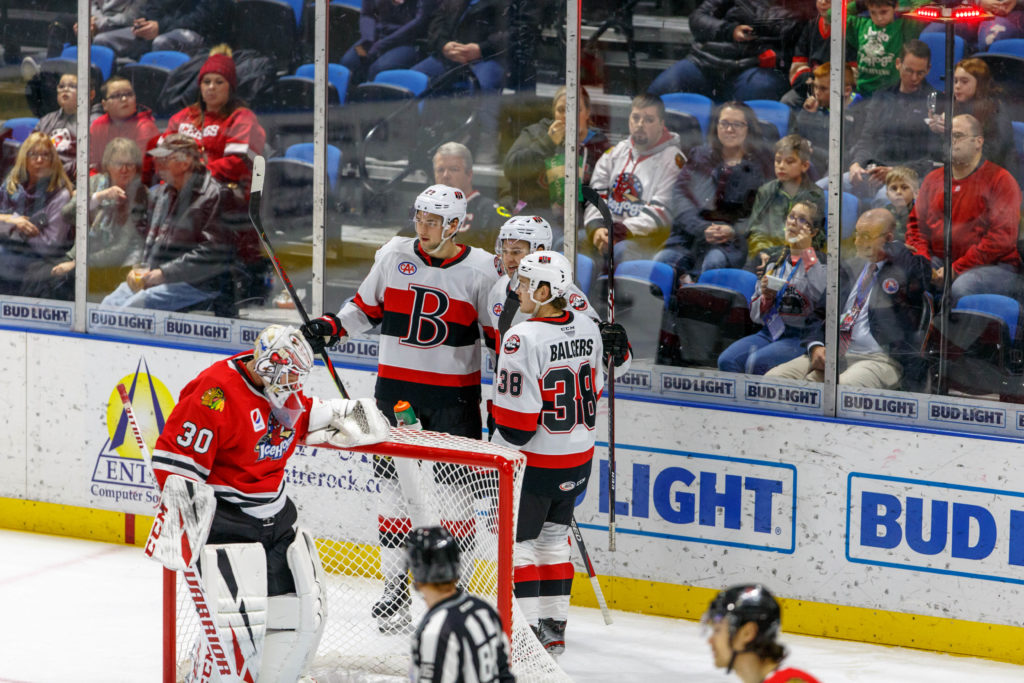 The Belleville Senators made it a winning start at the BMO Harris Bank Center as they grabbed a 3-0 win over the Rockford IceHogs in their first ever visit to Illinois.

Filip Gustavsson made 23 saves for Belleville to earn his first career AHL shutout. Josh Norris, Alex Formenton and Joseph LaBate had goals for the Senators. Kevin Lankinen stopped 26 shots for the IceHogs.

It was another scoreless first period for the Senators but they opened the scoring 3:10 into the second on Norris’ 22nd goal of the year. Logan Brown was able to find the Sens’ rookie back door and he made no mistake for a 1-0 Belleville lead on the power play.

Rockford had a couple of chances to find the tying goal but were thwarted by the Sens: first Corrado blocked a John Quenneville shot with a wide-open net before Gustavsson denied Joseph Cramarossa on a breakaway to preserve the Senators lead through 40 minutes.

The lead was doubled 2:49 into the third as Norris sent Formenton in with a lovely stretch pass from his own zone and he beat Lankinen blocker side for his 21st.

It was 3-0 at 5:48 as Parker Kelly centered out front from behind the Rockford net to LaBate who went high for his sixth of the season.

Belleville is back in action Tuesday when they visit Milwaukee for the very first time. The Sens aren’t home until Saturday when they host the Comets on Bell Let’s Talk night. Tickets are available by clicking here.