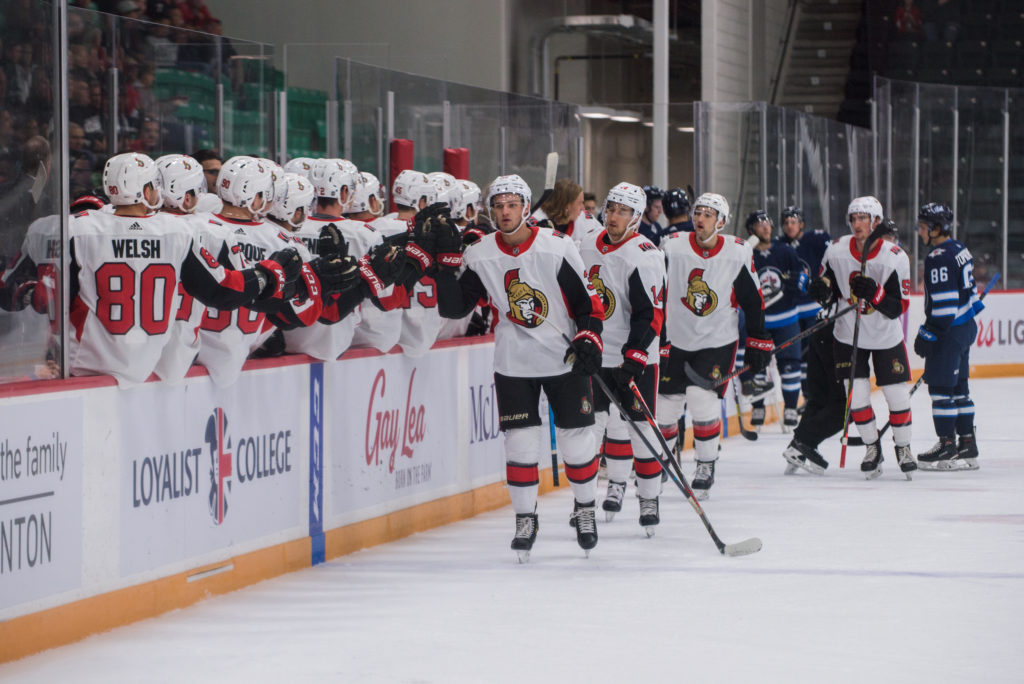 Jonathan Gruden scored the overtime winner as the Ottawa Senators beat the Winnipeg Jets 2-1 to win the Rookie Showcase with a perfect 3-0 record.

Ottawa had a goal in regulation from Josh Norris while Kevin Mandolese made 20 saves before Mads Sogaard replaced him at the 10:37 point and stopped 18 shots. Winnipeg’s Adam Carlson turned away 12 shots, as did Griffen Outhouse, while Cole Maier scored.

Gruden buried the winner at 2:40 in the extra frame as off of a lovely dish from Jonathan Davidsson, Gruden beat Outhouse high with a up high to give the Senators its third straight Rookie Showcase title.

It took just 101 seconds for the Jets to jump ahead as Maier scored his first goal of the tournament to give Winnipeg a 1-0 lead. The Senators tied it at 10:43 on the power play as Norris just squeezed one past Carlson’s blocker on the short side after a nice feed down low by Alex Formenton.

After a scoreless second, Winnipeg nearly stole the game in regulation with less than two minutes to play as David Gustafsson hit the post as the game headed into overtime.