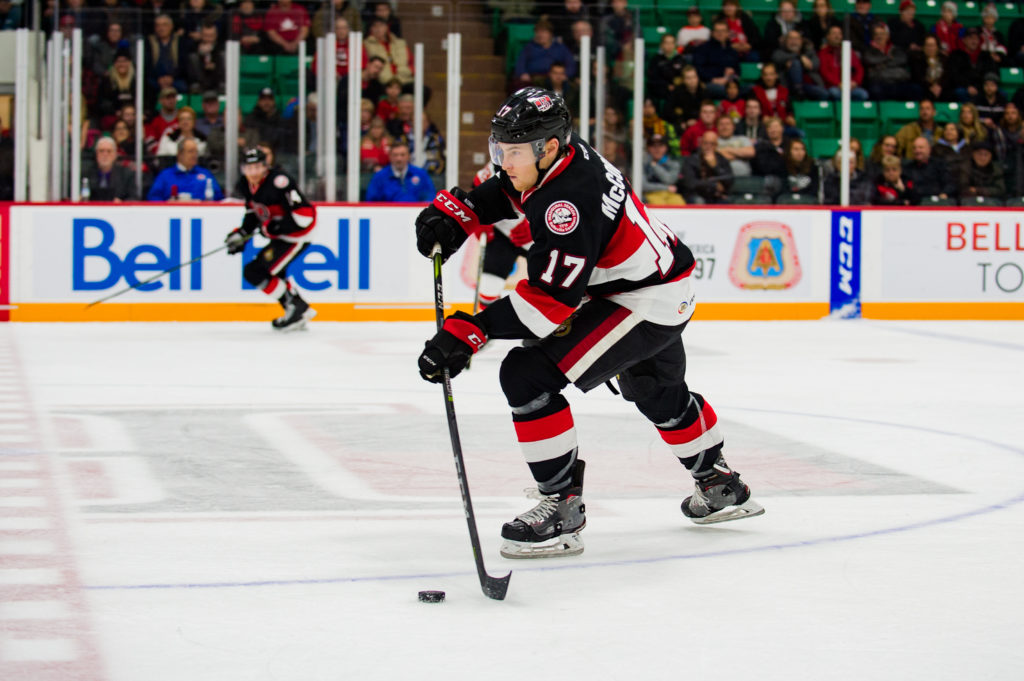 Eighty-seven percent of all players who played in the NHL during the 2017-18 season have previously played in the American Hockey League.

328 players played at least one game in the NHL and AHL this past season.

Seventeen of them came from the Belleville Senators.

“Playing in the American Hockey League is the best opportunity our prospects can experience to get to the next level,” Belleville Senators general manager Randy Lee said. “We had 17 players get recalled this past season and we felt that every one of them was prepared to play for the situations they were put in once arriving in Ottawa.”

In total, the 17 players played 228 NHL games this past season for Ottawa. Thomas Chabot led the way with 63 games in Ottawa while five different players managed to appear at least once.

There were some milestones along the way too, ranging from Chabot, Chris DiDomenico, Colin White and Filip Chlapik scoring their first NHL goals, Erik Burgdoerfer grabbing his first NHL point and Alex Formenton becoming the youngest player in Senators franchise history. Seven players also made their NHL debuts this past season.

“Not only have we seen progression from our draft picks, but we’ve had two players this season—Jack Rodewald and Jim O’Brien—who proved at the AHL level that they could be call-ups to the NHL team,” Lee said. “Jim started the season on a PTO while Jack had just an AHL deal before both earned two-way NHL deals and we hope this trend can continue with the players we develop in Belleville.”

The AHL continues to be the No. 1 path to the NHL as seen by some of Ottawa’s current key contributors. Mike Hoffman, Ryan Dzingel, Jean-Gabriel Pageau, Zach Smith, Mark Stone, Chris Wideman and Fredrik Claesson have all spent considerable time in the American Hockey League before becoming complete NHL players. And that’s something Lee, and Ottawa general manager, Pierre Dorion, hope to see continue.

“Continuing forward, our team in Belleville will prepare and produce NHL players in the best possible way before becoming full-time contributors for the Ottawa Senators,” Lee said.

A complete breakdown of players who played for both Ottawa and Belleville during 2017-18: