Sexton fulfills dream of playing for the Senators 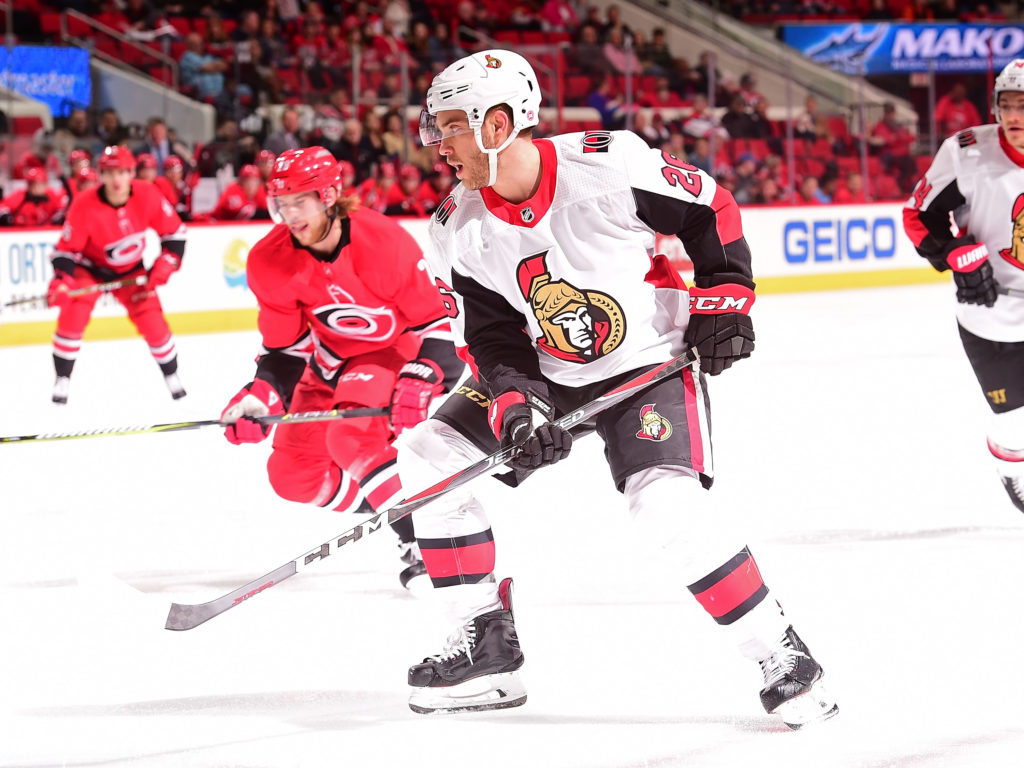 “Growing up, I dreamed about being an NHL hockey player for the Ottawa Senators.”

Those were the words Ben Sexton said after making his NHL home debut with the Sens on March 27.

Just a day earlier, he had made his NHL debut in Raleigh against the Hurricanes.

“Obviously, it’s a dream come true,” Sexton said. “For this to happen was something special for me and my family.”

Sexton, a native of Kanata, Ont., was pointless in his two games with Ottawa but played more than 10 minutes a night and was a -1.

“I’d be lying to you if I said I wasn’t a little nervous early on,” Sexton said after his debut. “I thought I was able to settle in as the game went on.”

Of course, the Sexton name has very strong ties to the Ottawa Senators. Ben’s father, Randy, is a former Senators general manager and was one of the driving forces of NHL hockey returning to the nation’s capital. Randy is currently the Buffalo Sabres’ assistant general manager.

“Ben’s worked extremely hard for a long time to get this opportunity,” Randy said of his son on TSN 1200. “We’re lucky enough that Ben has persevered through some challenges over the last few years and is very fortunate to be playing for the Senators.”

Sexton played in 155 professional games before getting his shot in the NHL. It was a stretch of 18 points in 16 games with Belleville that helped prompt Sexton’s call-up to Ottawa and that span included a four-point performance against Utica where he had a hat-trick as well as a three assist-game against Laval that was topped off with the 27-year-old earning the CCM/AHL Player of the Week concluding Feb. 25.

Sexton wound up playing 30 games with Belleville in 2017-18 tallying 10 goals and 11 assists before injury ended his season March 31.

“Everything happens that much quicker,” Sexton said of playing in the NHL. “You don’t have that extra second to make a play, you always have to keep your feet moving, make plays at a higher pace. It’s the little things like that.

“It’s not that everyone necessarily skates faster but plays happen quicker and you have to be that much quicker mentally.”

With 17 players having played at least one game in both Ottawa and Belleville this past season, it meant Sexton had some chemistry with some guys in Ottawa such as Max McCormick, Filip Chlapik, Ben Harpur and Thomas Chabot.

As for that two-game NHL spell, Sexton says there was a moment during his debut that he realized he finally made it.

“I had a little moment there during the national anthem. I had to give myself a little pinch and realize: I’m in the National Hockey League. It was definitely a cool feeling.”