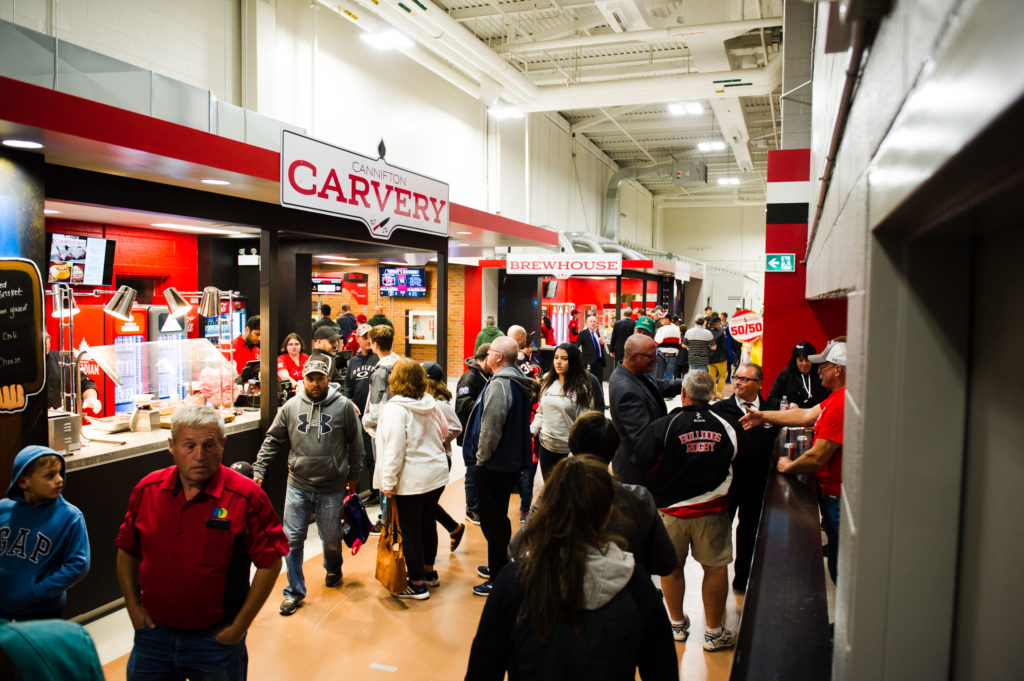 The Belleville Senators’ Opening Night presented by CAA Insurance countdown is on as the Sens will hit home ice for the first time this season Friday night against Binghamton.

And while the fans in attendance will be eager to see many of the Sens’ returnees and new additions on the ice, they have a lot to look for in the concessions stands too as Spectra has added a number of new food items to its menu for 2019-20 and feature some classics returning too!

A new item for the season, the bacon potato jackets are exactly what they sound like. A potato skin filled with mashed potato, it’s then topped with cheese and bacon and is served with sour cream. For a surcharge, fans can also add chilli.

A classic at Belleville Senators, the brisket sandwich is a staple at CAA Arena. Fresh, slow cooked for 14 hours, the brisket is served on a ciabatta bun along with horseradish aioli and comes with fresh potato wedges that are topped with parmesan cheese.

Spectra is bringing the famous Oktoberfest sausage to CAA Arena for the month of October! Available for a limited time, make sure to dig in during one of the Sens’ five home games this month.

Of course, many other classics are still available from pizza (pepperoni, veggie, meat lovers), poutine, cheeseburgers and hot dogs, among many other items so be sure to check out the four concessions available inside CAA Arena:

In addition to the food options above, fans have multiple drink choices inside CAA Arena. Beer options include Molson Canadian, Coors Light, Miller Lite, Heineken and Creemore, among many other choices within the Molson Canadian brand. Furthermore, wines are featured from the Sandbanks Winery while Strongbow ciders are also available at five full liquor bars throughout the arena.