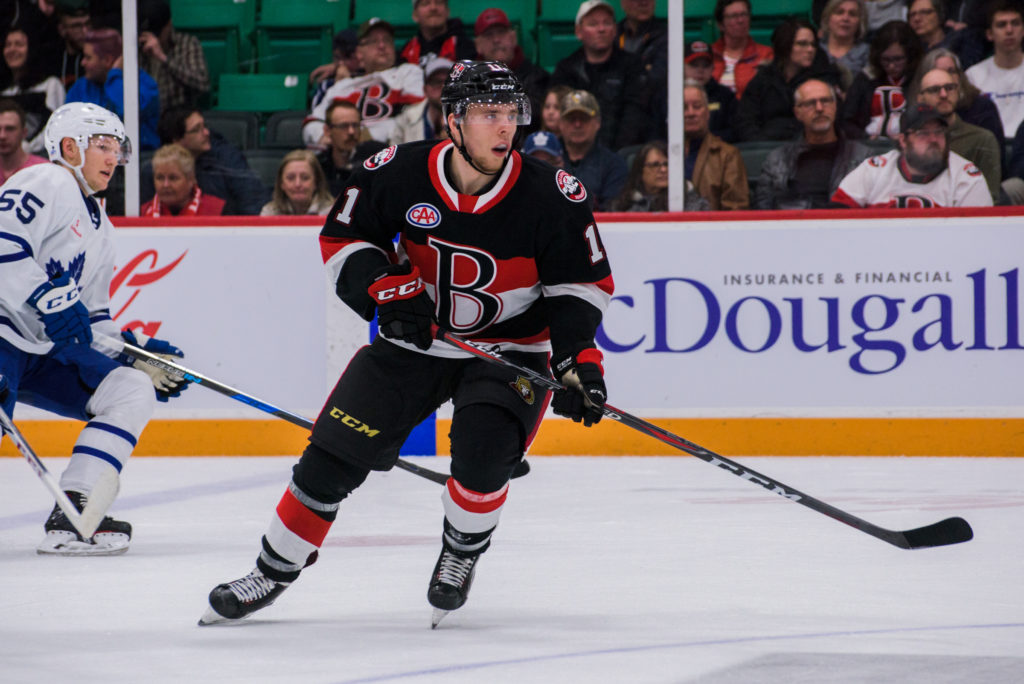 The Belleville Senators play their home-opener in a little over three weeks and with 18 home games in 2019 there’s plenty of exciting match-ups to take place at CAA Arena.

From all-Canadian match-ups to two new teams visiting Belleville, there’s ample of intriguing games to be played in the Bay of Quinte before the year is out.

You can’t get anywhere without playing your home-opener and for the Sens it comes on Oct. 11 when they face Binghamton on Opening Night presented by CAA for the second straight year. The Senators beat the Devils 5-2 in last year’s opener and hold a 7-6-0-1 record all-time against Bingo.

For the record, Belleville is also 2-0 in home-openers.

Toronto, Laval and Manitoba will make stops to Belleville during the first half of the season for six total games. The Rocket visit three times, the Marlies twice and the Moose make one of their two visits.

Playing Canadian teams has been favourable for the Senators as they are 27-23-3-3 all-time against their rivals.

Spend the final day of 2019 with your Belleville Senators as for the first time ever they’ll battle on New Year’s Eve.

The opponent comes in the form of the Laval Rocket as the two teams will square off at 3pm as a perfect way to kickstart Sens fans New Year’s Eve plans.

The Ads come to CAA Arena on Nov. 16 while Rockford arrive on Dec. 13. With the Senators also facing Manitoba and Grand Rapids, the Sens will face half of the Central Division in 2019-20.

The Cleveland Monsters pipped the Senators to the final playoff spot in the North Division last season by two points. After meeting eight times last season, the squads will only battle four times this year and the Monsters will visit Belleville for a back-to-back on Dec. 6-7.

Safe to say the Sens will be looking for payback that weekend.