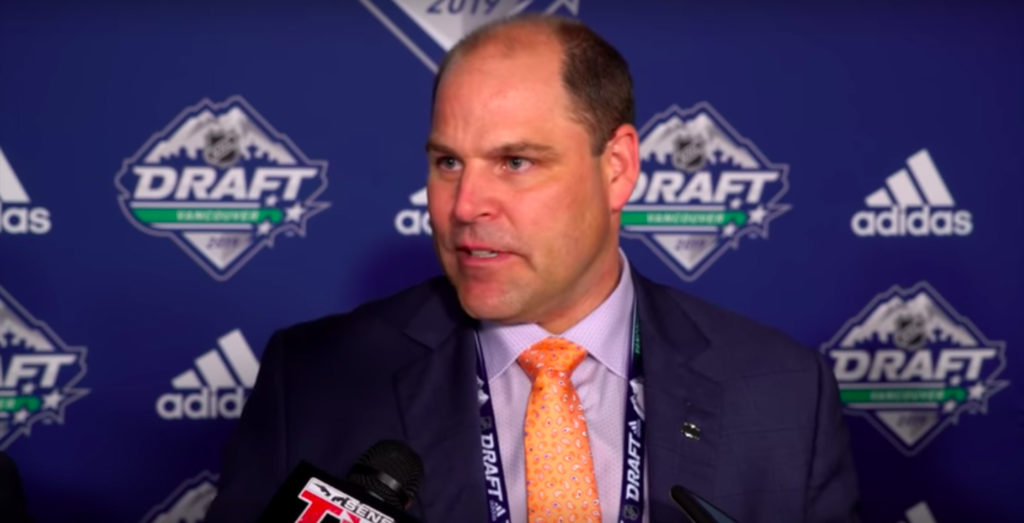 Two years into the NHL and AHL affiliation between Ottawa and Belleville and it’s safe to say Ottawa Senators chief amateur scout Trent Mann is pleased with the development it’s providing.

More than 30 players over the past two seasons have suited up for Ottawa and Belleville including Thomas Chabot, Drake Batherson, Colin White, Marcus Hogberg, Erik Brannstrom and many others.

While the Sens have missed the playoffs in both seasons so far, the development it’s providing to Ottawa is not lost on Mann.

“We think we turned a corner with our minor league system last year,” Mann said. “We brought in some great structure, compete, hard-work and a work ethic day-to-day that’s needed to play at the next level so I think those kids grew a lot last year.”

“Our job is to bring those players in here and that there’s a staff here who’s comfortable and ready to work with them to become NHL players.”

Belleville has certainly become a hot-bed to sending guys to the NHL as last season alone more than 100 transactions took place between the NHL and AHL clubs with many players, including Batherson, Brannstrom, Hogberg, Rudolfs Balcers, Max Lajoie and Vitaly Abramov, making their NHL debuts.

With Ottawa under new leadership through D.J. Smith, there’s also a more intimate focus on having both Sens franchises playing a similar system to make it more compatible for players moving between the two teams to fit-in seamlessly into their new surroundings.

“It definitely makes the call-up process easier for the player,” Mann said on playing the same system. “There’s so many things when a player gets called up: there’s the excitement, the nervousness, the family and all the other things that come with that and they’re looking after so many things that systematic play just makes it a little bit easier to go in and play and not have to think or worry so much about making a mistake and they can just play their game.”

Mann isn’t hesitant to praise his brother, Belleville Senators head coach Troy Mann, and his coaching staff for the work they’ve done in Belleville over the last year to get guys ready for the NHL.

“Their job is to keep those guys dialed in and focused and hungry and we need that staff to remain on top of them and keep them in that mode because otherwise their goal will plateau and we don’t want that,” Trent Mann said.

“We want them to be the best players they can be.”