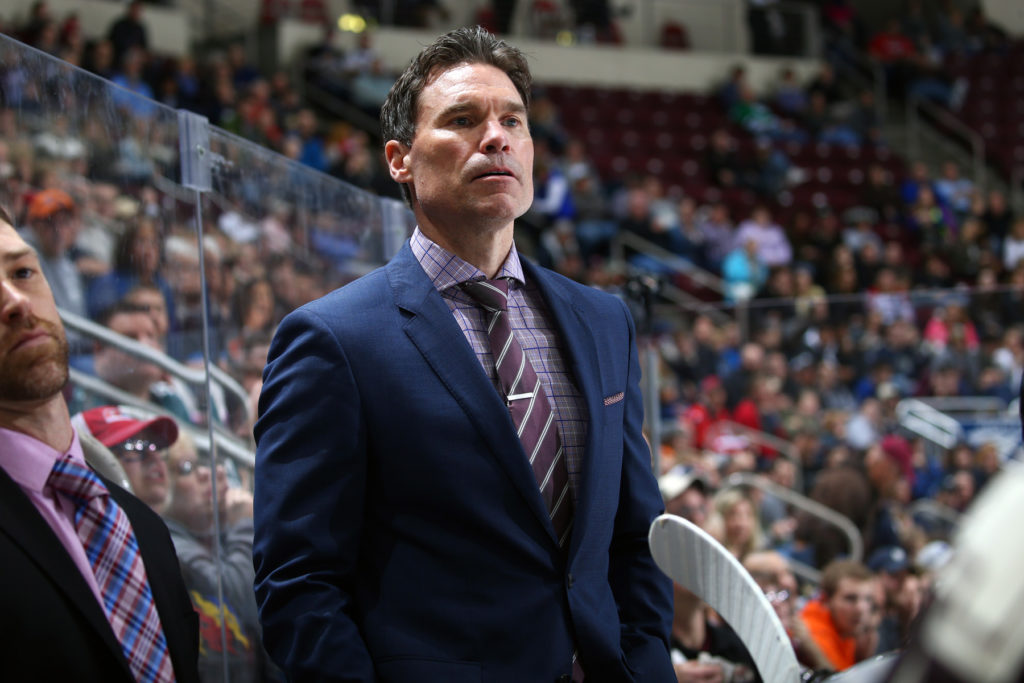 OTTAWA – The Ottawa Senators announced today that Troy Mann has been named head coach of its American Hockey League affiliate, the Belleville Senators. The contract is a two-year agreement and will run through the 2019-20 season.

“Troy is a talented, experienced head coach who has a track record of developing players,” said Ottawa Senators general manager Pierre Dorion. “Troy is a teacher and a winner. We feel that he’s a great fit for both Belleville and for our organization and will able to impart on our young players the values of leadership, character and chemistry that are so important to us. We’re excited to welcome him to the Senators and looking forward to introducing him to the fans in Belleville.”

Mann, 48, spent the last four seasons as the head coach of the Hershey Bears, the AHL affiliate of the defending Stanley Cup champion Washington Capitals. While there, he coached nine members of this year’s cup-winning Capitals team and led the Bears to two Atlantic Division titles and a trip to the 2016 Calder Cup Finals, posting a 162-102-22-18 record over 304 regular season games. He presently ranks sixth in all-time head coaching victories for Hershey. He also served as an assistant coach with Hershey from 2009-10 to 2012-13, during which time the Bears claimed the 2010 Calder Cup.

“Announcing Troy Mann as our Head Coach is a very proud moment for our organization and he will be a tremendous asset for our team and our community,” said Belleville Senators COO Rob Mullowney. “This is a big step for our organization as we continue to build on the success of our inaugural season. We look forward to a formal introduction of Troy to our fan base in July.“

A native of Campbellton, N.B., Mann enjoyed a 10-year professional playing career and skated in 530 professional games, primarily in the ECHL, UHL, CHL and Sweden from 1995-96 through 2004-05. He is a 1993 graduate of the University of Toronto, where he played four seasons with the Varsity Blues.