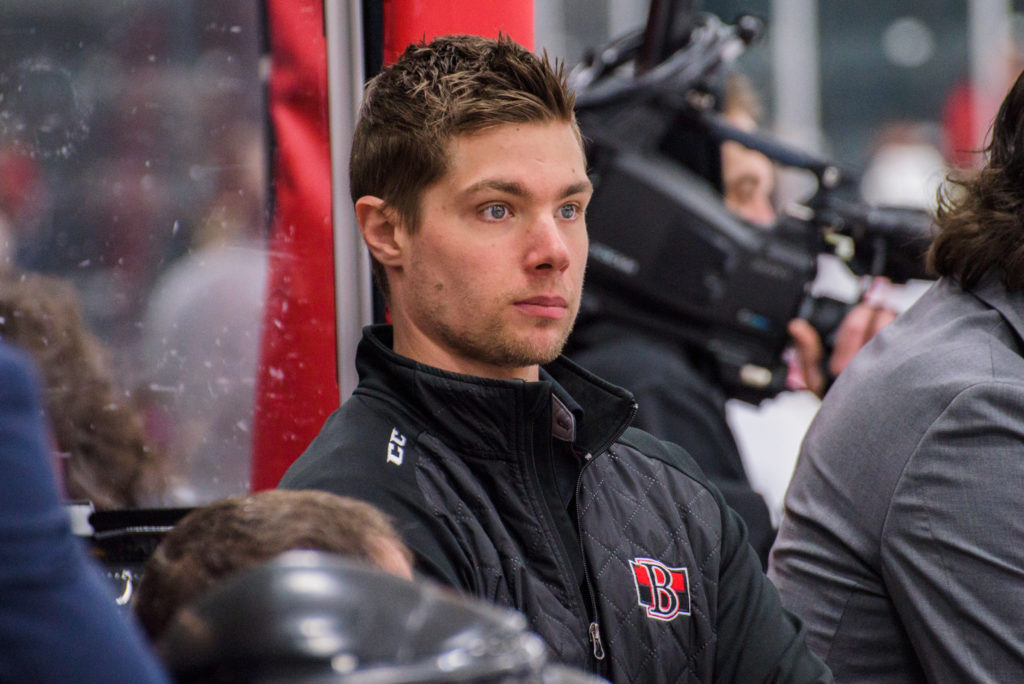 For Shawn Winters, getting into athletic therapy was a pretty easy decision.

“I just have a big care for others people’s health and I love sports so I put them together for a career,” he said.

And now, at the ripe age of just 24, Winters has just completed a full season with the Belleville Senators as an assistant athletic therapist, a rare opportunity for someone at that age.

Furthermore, the Baltimore, Ont., native had the opportunity to work under Craig Belfer, the Sens’ athletic therapist, who has more than 15 years of hockey experience in the OHL and AHL.

“Craig’s a great guy and has tons of experience through the OHL and AHL,” Winters said. “He’s so smart and I owe it all to him as he’s taught me a lot.

“I’ve learned a lot from him and I’m sure he’s learned from me too and it’s been a great relationship.”

Winters graduated from Sheridan College as a certified athletic therapist in 2017. But he got his hands dirty immediately with the Senators upon joining the team.

His responsibilities with the team included giving players morning treatment and taping before practice, watching practice where he would deal with any injuries or issues sustained while players were on the ice, provide additional assessments post-practice and before games as well as writing notes from all treatments he did.

With the Senators currently in the offseason, Winters is now working with the Quinte Skyhawks football team and also works at Physiohouse in Belleville.

But his time with the Senators has really put him on the map.

“I can’t even put it into words as to how helpful this experience has been for my career,” Winters said. “To have AHL experience under my belt at this stage of my career is amazing and I hope better things are to come.”

For details on how to book an appointment with Shawn Winters, who that specializes in the prevention, assessment and care of musculoskeletal disorders (muscles, bones, joints) especially as they relate to athletics and the pursuit of physical activity, please contact Physiohouse Belleville at 613-554-9923 or at Belleville@physiohouse.ca.