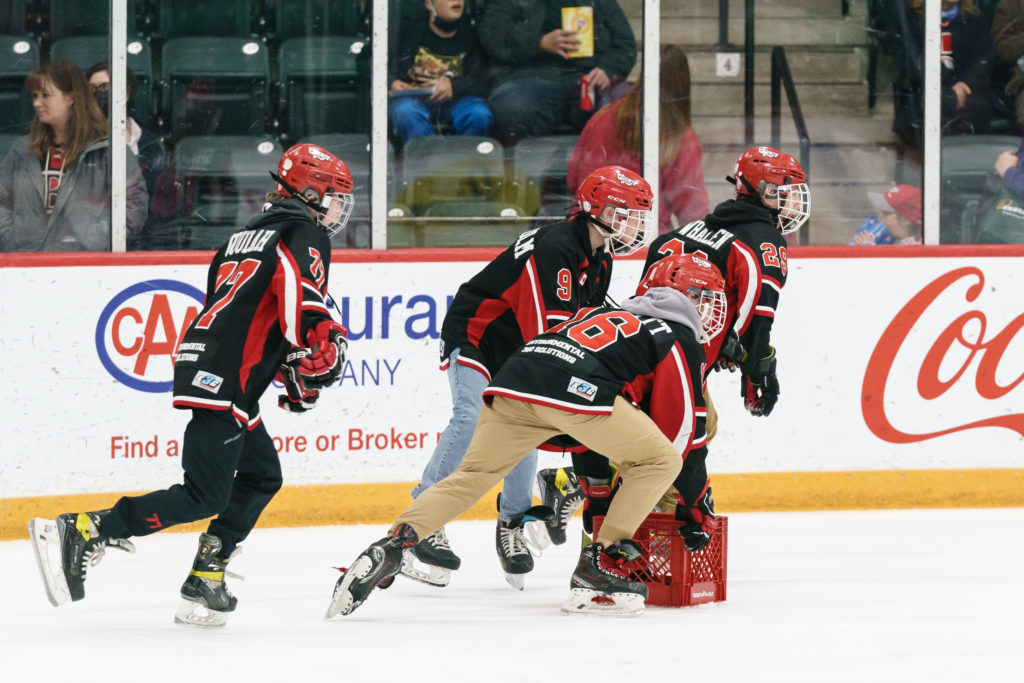 There is no greater joy for Belleville Senators’ Account Executive Alex Siragusa than helping build lifelong memories through hockey. Siragusa, a Brock University graduate, has been a key contributor to the Senators’ extensive minor hockey programming, which has constantly evolved since their inaugural season.

For roughly two years, the Senators were unable to move forward with their full slate of programs due to Ontario public health rules related to the spread of COVID-19. Despite the difficulties of operating in the pandemic, Siragusa says the organization was ultimately pleased with the results achieved on a more limited basis.

“I felt last season went really well. With all the restrictions, we weren’t able to do a lot of things, but when we did have those opportunities, we made the most of it,” Siragusa said. “We received great feedback after they finished the activity they were a part of. They were appreciative and enjoyed the game. I thrive off that motivation and enthusiasm.”
An improved public health outlook will allow the Senators to launch their list of activities during the 2022-23 season, which will include the following:

Siragusa says the most prominent difference moving forward is the ability for fans and minor hockey players to connect on a more personal level with players and coaches.

“I think the main thing as we move forward, we’ll be able to have more interactions with players. After not being able to connect with many people in the community last year, getting out there and being present is the main focus if we can use our players to grab the attention of minor hockey players that want to be NHL players.”

Reflecting on his best memory with the Senators, Siragusa is most proud of his work cultivating relations with the minor hockey teams and community members.

“We have strong relationships with our local minor hockey organizations last season. We hosted several association nights and are hoping to expand on that and get as many people through the door to experience a night out with us. ”

“We’re not selling a ticket to a hockey game,” Siragusa concluded. “We’re selling an experience that will last a lifetime for these kids who will always remember coming out to see the Belleville Senators play.”

If you are interested in learning more about our Minor Hockey programming or would like to book a group experience, additional details on those packages are available by clicking here. Further information on promotional nights and special events will be released following the announcement of the full schedule, which is expected to be released by the American Hockey League in July.