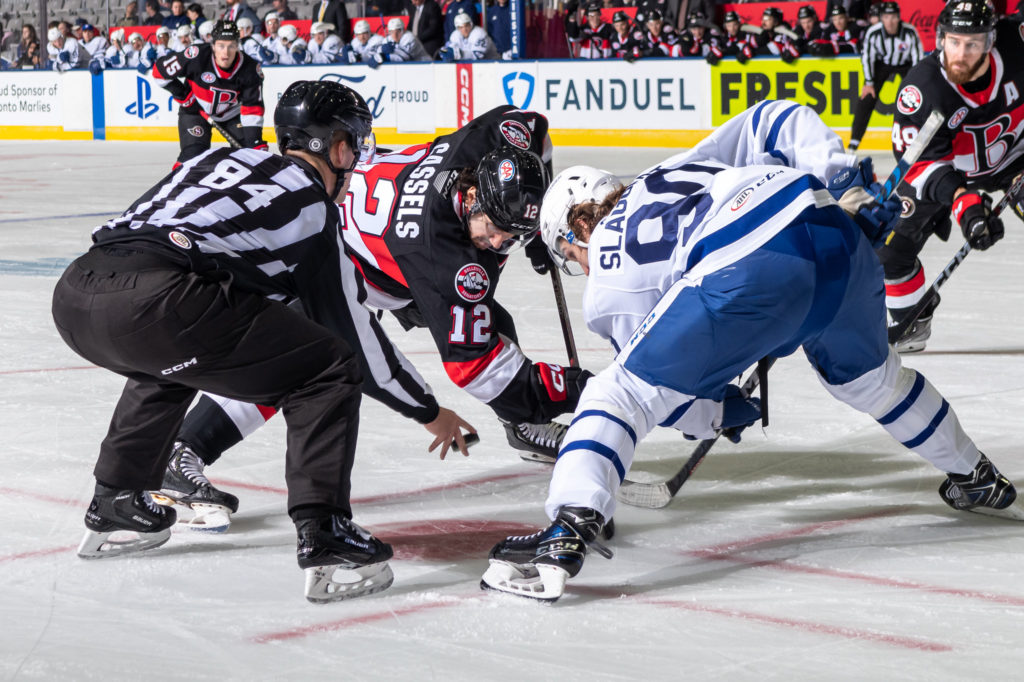 The Belleville Senators concluded their three-in-three weekend with a 3-1 loss to the Toronto Marlies on Sunday afternoon at Coca-Cola Coliseum.

Toronto opened the scoring 28 seconds into the contest as Noel Hoefenmayer found the back of the net with a point shot. Later in the frame, the Marlies extended their advantage on the power play through a Bobby McCann redirection to take a 2-0 lead into the first intermission.

Toronto continued their impressive play in the middle stanza when Zach O’Brien finished a cross-crease pass to make it 3-0 after forty minutes of play.

In the third, the Senators ended Joseph Woll’s shutout bid as Jarid Lukosevicius got Belleville on the scoreboard at the 4:03 mark of the stanza after he put home a rebound off the end boards. Despite a late push, the Sens couldn’t draw any closer as the Marlies held on to secure the home victory.

The Senators return to action next Wednesday when they visit the Toronto Marlies for a 7:00 puck drop.