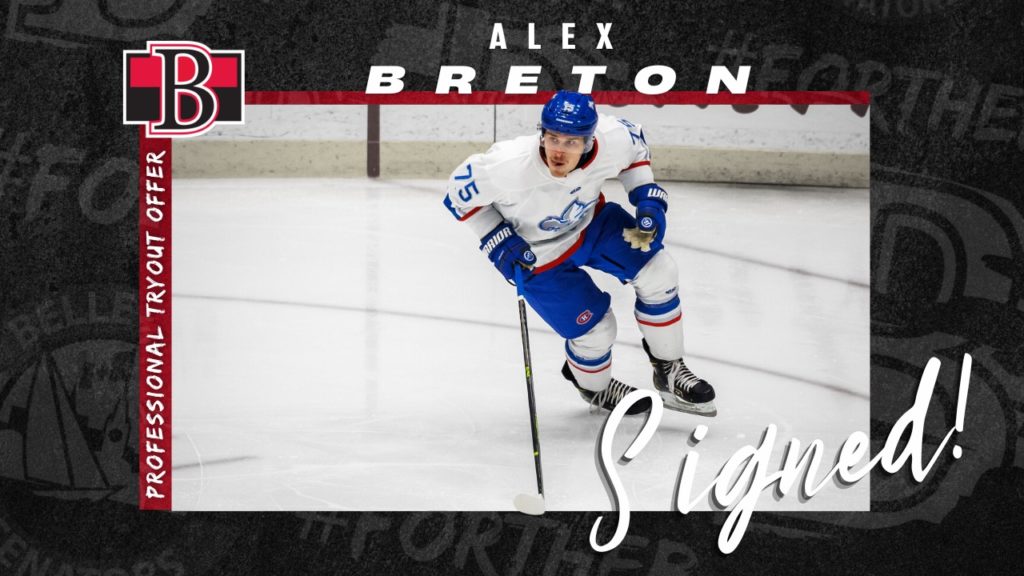 The Belleville Senators have announced the signing of defenceman Alex Breton to a professional tryout offer.

This marks the second time that the 25-year-old has signed a PTO in his career with the Senators after he made his American Hockey League debut with the organization on January 5, 2019, against the Charlotte Checkers.

The Sainte-Marie, Quebec native has skated in 18 games this season with the Trois-Rivieres Lions of the ECHL, notching 12 points (two goals and ten assists) Breton dressed in 39 games with HC Banska Bystrica and HC Slovan Bratislava during the 2021-22 campaign, where he collected 14 points (two goals, 12 assists)  while earning a Slovakian Extraliga Championship.

Prior to turning professional, Breton had a successful Major Junior career with the Gatineau Olympiques (Quebec Major Junior Hockey League), tallying 103 points (23 goals, 80 assists) in 232 career appearances. Other career highlights for the skilled rearguard include being named ECHL Defenceman of the Year in 2019-20.

The Senators are back in action this afternoon against the Toronto Marlies, with puck drop set for 4:00 p.m. (ET) from Coca-Cola Coliseum.