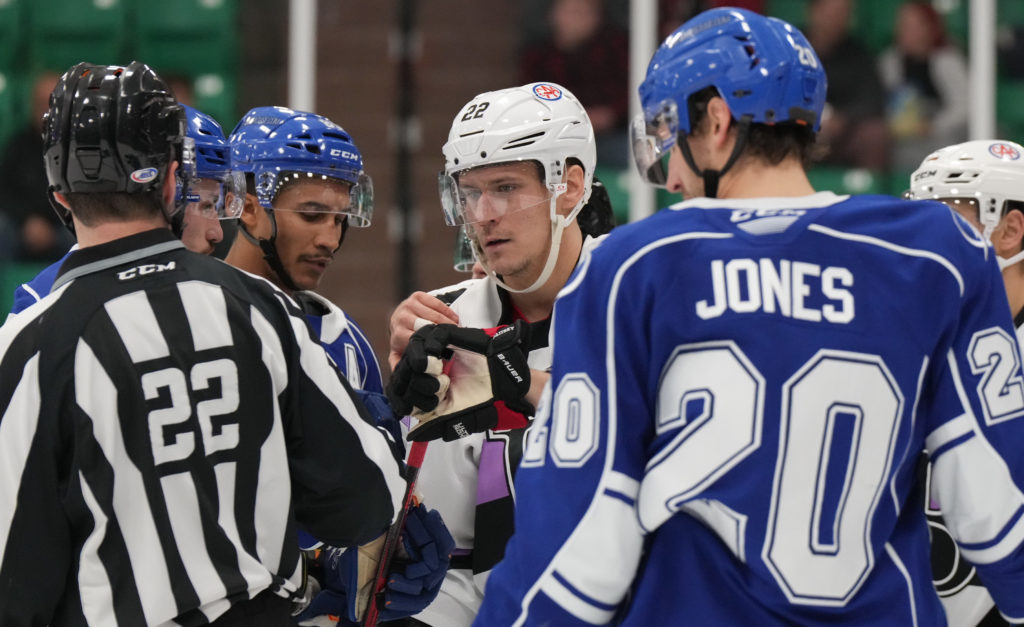 The Belleville Senators were unable to complete the comeback as they fell 5-4 to the Syracuse Crunch on Saturday night at CAA Arena.

After Syracuse forward Ilya Usau opened the scoring early in the first period, the Crunch quickly tallied three more unanswered times through Jack Finley, Trevor Carrick and Shawn Element to take a 4-0 lead at the 9:03 mark of the frame. Which prompted a goaltending change as Antoine Bibeau entered the contest to relieve Logan Flodell. Later in the stanza, Belleville got on the scoreboard when Cole Reinhardt notched his third of the campaign after he finished a feed from Philippe Daoust to make it 4-1 heading into the intermission.

Just 29 seconds into the second, Rourke Chartier found the back of the net on the man advantage. Syracuse responded after Daniel Walcott helped to extend the visitors’ advantage. The Senators again showed their resolve while scoring continued as Brennan Saulnier and Egor Sokolov tallied to bring the score to 5-4 after forty minutes of play.

Despite a late push in the third, the Senators couldn’t draw even in a scoreless final frame as the Crunch held on to secure the road victory.

Head Coach Troy Mann: “We were right there. We easily could have had a point and It’s unfortunate that really the first ten minutes cost us the hockey game.”

Tickets for all Belleville Sens home games are available via Ticketmaster or at the CAA Arena Box Office.