Crookshank returns to the game he loves at Prospect Challenge 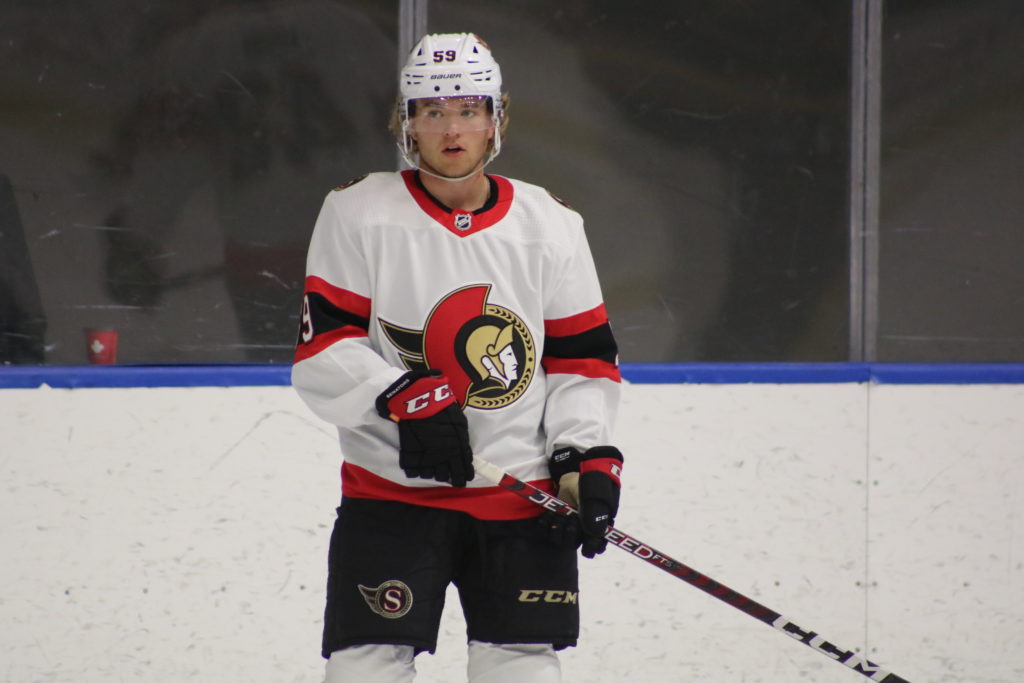 You don’t know what you have until it’s gone. Is a sentiment that Senators forward prospect Angus Crookshank well understands after spending last season away from the game with a knee injury.

“It was just good to be a hockey player again. Crookshank explained as he met with reporters following his first competitive game action in over a year. “Honestly, this past year made me feel a lot more grateful that I’m able to be a professional hockey player and do what I love. At the end of the day, everything happens for a reason, and all I can do is work hard and hope for the best result.”

Now fully healthy and back with the Senators, Crookshank, who, in many ways, was separated from a season of on-ice development, is ready to make up for lost time and get into as much meaningful game action as possible. The 2022 Prospects Challenge at LECOM Harborcenter in Buffalo, New York, provided just that chance for the 22-year-old native of North Vancouver, British Columbia. He showcased his progress and poise in front of organizational executives, scouts and coaches by tallying three goals and an assist while skating in all three contests during the event.

“He cares,” Belleville Senators Head Coach Troy Mann said. “He’s a high-character kid, and I know he was chomping to see game action and has done a nice job. When you sit down and look at the number of forwards we had on the roster, I think it’s fair to say that after three games, he was not only our most consistent forward but our best forward. That’s great for him, not only moving forward in the organization itself, but also for what we think he can do in Belleville this season.”

His 2nd of the game is another snipe.

Just when I was saying the line is buzzing, they score on a delayed penalty (drawn by Boucher). pic.twitter.com/FcMNbD1GDx

The Senators will undoubtedly count on the versatile Crookshank and his resolve throughout the season. He already has American Hockey League experience and the trust of the franchise. He impressively closed out the 2021-22 season with 16 points (five goals, 11 assists) in 19 games after he turned professional following the conclusion of his junior year at the University of New Hampshire.

While it is something of a truism you can’t change the past, Crookshank certainly isn’t looking back. When asked about his goals for the upcoming season, his answer was simple, “to play my first National Hockey League game.”  At least for the moment, he is pleased to be back playing at a high level.

“I have to just keep working every day, we have such a good coaching staff in Belleville, so it’s trusting them. They know what I need to do to get to the next level, and I know they’re going to push me in every possible way to get there.”