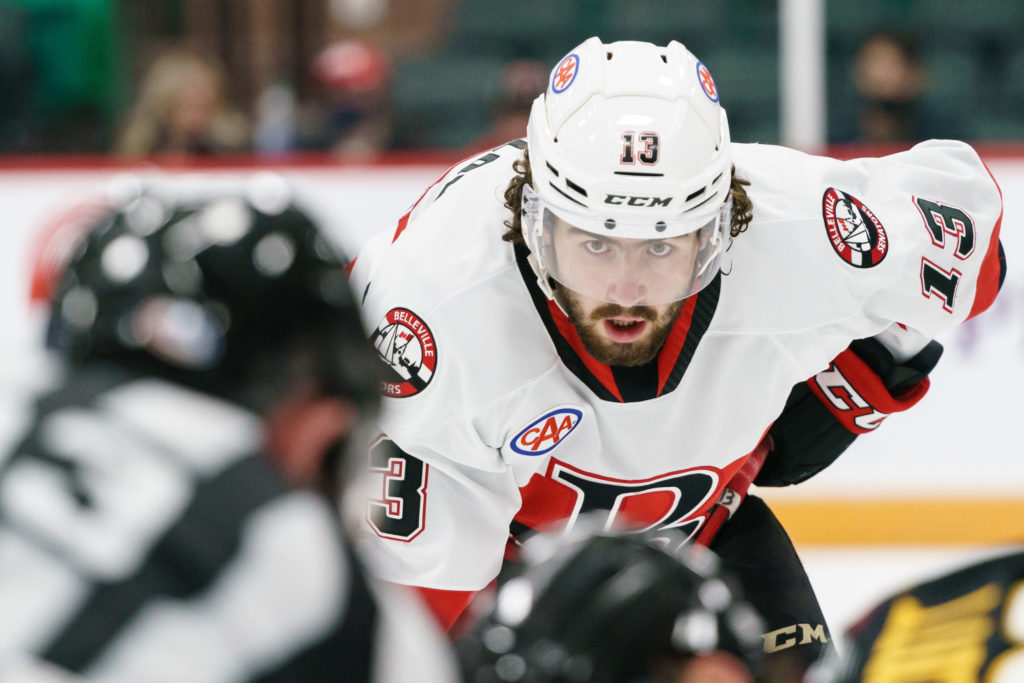 Since entering the American Hockey League during the pandemic-shortened 2020-21 season, Egor Sokolov has been an offensive difference-maker for the Belleville Senators. The imposing 6-foot-4 215-pound right-winger has used his size and skill to be a consistent contributor on the scoresheet, having tallied 75 points (34G, 41A) in 99 career games.

However, when the 22-year-old native of Yekaterinburg, Russia, took a moment to reflect on his sophomore campaign (at the end of the 2021-22 season), it wasn’t his impressive offensive accomplishments that came to mind right away. Instead, he was most proud of his continuous improvement and willingness to continue developing his overall game under the direction of head coach Troy Mann and his staff. These adjustments also allowed Sokolov to make his NHL debut on November 9, 2021, against the Boston Bruins. In total, he appeared in eight games this season with the Ottawa Senators.

“If you look at me from game one to sixty-four, I played in Belleville this season. I progressed in every aspect of my game,” Sokolov said. “Troy was looking to put me in key situations when we were up by one or two goals with an empty net, which he wouldn’t have done last year because I was a minus player. So this year being a plus player, the coaches trust you, and it gives you extra energy.”

Mann has also seen measurable growth in Sokolov’s game and is impressed with how quickly he has adjusted to the professional ranks.

“I really think he has improved over the last two years in terms of being a much more responsible player on both ends of the ice and has become a better 200-foot player, which was quite evident as this season progressed. He was obviously drafted as a shooter when you start talking about his offensive abilities, but has also worked on his conditioning. I think that’s another area of his game that really has come along since I met him, in terms of understanding what it takes to be a professional hockey player and ultimately getting to the NHL. I know that his game can get methodical when he is frustrated or when he lacks that confidence, but you certainly understand what type of player he can be when he’s on his game. So, overall, he is exactly where he needs to be, and there is always room to grow.”

“Whether he wants to believe it, we felt the league got 25 percent better this year,” said Mann. The organization played during the COVID year with the purpose of getting our younger players like Sokolov, Reinhardt, and Thomson acclimated to a pro-style of game. Those 35 games were very meaningful for us from a developmental perspective. When we started again this season, it was the real American Hockey League. The rosters were full and you had seasoned veterans in the lineup most nights. From that perspective, there was an adjustment for a lot of guys. If you look at all those first-year players from the year before, they all progressed, and Soko was one of those guys.” 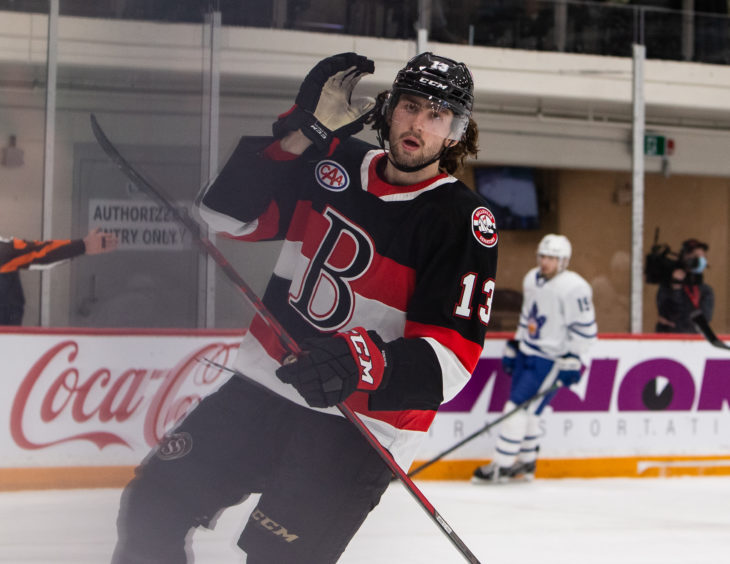 Sokolov and Mann are clearly pleased with his overall performance this season, especially the role he played in helping the AHL Senators set a franchise record in wins (40) on route to qualifying for the Calder Cup Playoffs for the first time in team history.

“I thought it was a great season, even though our team faced a lot of adversity,” Sokolov said. “We battled through. I thought we had a good team, and obviously, it wasn’t the end we wanted, but it was nice to feel the playoff atmosphere. I’m certainly proud of this group. We got really close to each other, and everyone was working hard.

Although the postseason ended with a first-round exit courtesy of the Rochester Americans, the Senators fell twice in overtime in the best of three series. Sokolov says Mann was right there to pick him and his teammates up. After all, the veteran coach has always been there for his players, something that hasn’t gone unnoticed by his latest star prospect.

“It was really hard on me because I’m an emotional person, and it sucks losing. When I played in the world juniors, we lost in the finals, and I remembered that feeling again. It was tough to keep myself together, but the coaches walked in, and they were honest and were so proud of us and told us that this was one of the best groups that they had worked with. When you hear words like that from a guy like Troy and he tells you that, obviously you are doing something right.”

Mann believes the disappointing conclusion to the season will only fuel Sokolov as he makes his push to become a full-time member of the Ottawa Senators in 2022-23. He also knows that Egor will only continue to develop his impressive skill set and that is why he says he is so pleased to work with him as he builds his maturity and hockey sense. Once the process is complete, Ottawa will have another forward to add to their already impressive roster of young stars.

“There is no doubt that he is putting in the work this summer,” said Mann. “Obviously, the long-term goal is to get to the NHL full-time, but he needs to make short-term goals. He needs to work on the things we discussed in the exit meeting and continue to build on his conditioning. He has to come to training camp to earn a spot on the right side; that has to be his mindset. He can’t worry about Belleville or how many exhibition games he will play. He needs to come in ready to compete for a job and let the chips fall where they may.”