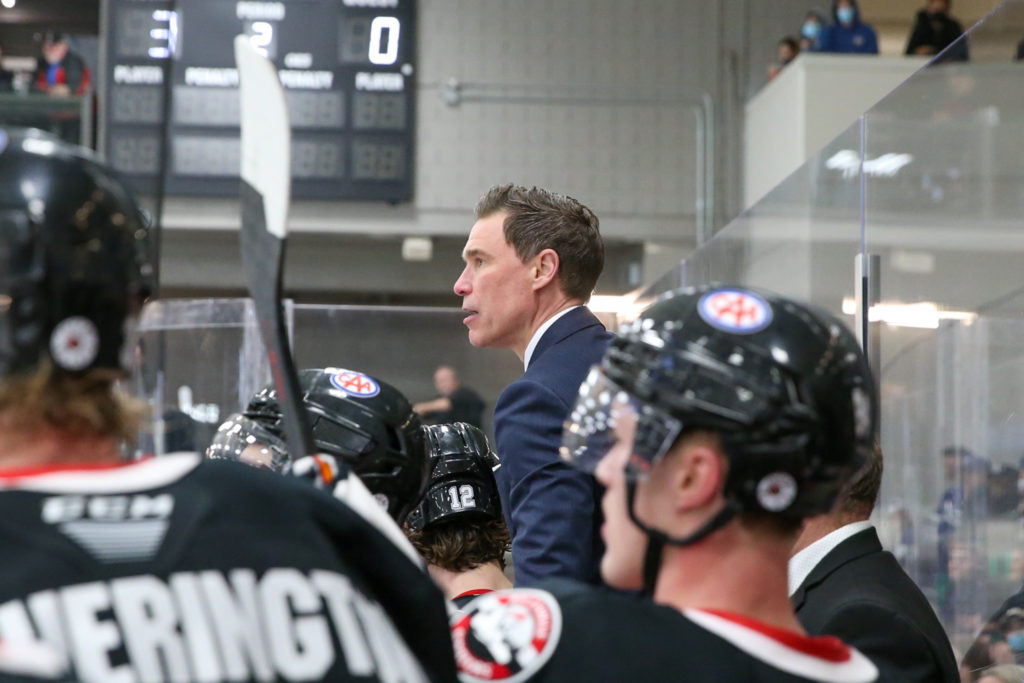 Troy Mann couldn’t help but smile when the Belleville Senators cemented their spot in the postseason. The achievement meant he had delivered on a promise made at his introductory press conference nearly four years ago. Ahead of the 2018-19 season, Mann vowed to create a winning culture in his opening remarks to fans and media.

“When I signed to come to Belleville to be the head coach, I wanted to establish a culture where as much as it was important to get the prospects to Ottawa, we wanted to make the playoffs. That’s the only thing I really know as a head coach, or coaching in general, in the American Hockey League, and maybe it’s because I came from an organization that puts a lot of pressure on winning.”

Although his tenure in Belleville has included some adversity, Mann hasn’t let the uncertainty of the past three seasons faze him. He believes in his system, coaching staff and management.

“For us to miss the playoffs in my first year by one win, and then to have the pandemic knock-off the second and third years, It’s been a long time coming. I congratulated the team and the staff (after clinching a playoff spot). We have an elite staff of 10 that I think could all be in the NHL and have been doing a great job of helping me be successful. The players deserve a lot of credit as well because we’ve used 51 players and seven starting goalies this year. To me, that’s a lot of adversity and obstacles that we overcame, and everyone should be proud of themselves.”

It’s safe to say Mann is one step further to his ultimate goal of bringing a Calder Cup Championship to the Bay of Quinte region. After all, since his appointment, he has always delivered on his promises.

Belleville Sens work to optimize their inaugural playoff series for players, fans and the community

In her opening remarks, Matthews noted that the postseason isn’t just an excellent opportunity for development on the ice. Instead, she sees the potential to grow the franchise’s brand further.

“It’s gigantic for us to bring the playoffs here. This is something we’ve been working on for years. From a business perspective, it’s added value for our corporate partnerships that have stuck with us all these years and all of our season ticket holders and different stakeholders that we have in the community. It’s an opportunity for us to really celebrate having this level of hockey here in Belleville.”

“We have a great season ticket holder base, but there’s nothing like a long playoff run to get more people in the building to see the level of hockey that we have here and the level of talent and commitment from everyone involved, I think is really important for this community.”

The best of three playoff series between the Senators and the Americans will open in Rochester on Wednesday, May 4, before the series shifts back to CAA Arena in Belleville for Game 2 on Friday, May 6 and Game 3 on Sunday, May 8 (if necessary).

Tickets to Belleville Sens home playoff games can be purchased via Ticketmaster, or by visiting the CAA Arena Box Office. Box office hours and details on group packages, premium seating, and other ticketing options, are available at bellevillesens.com.