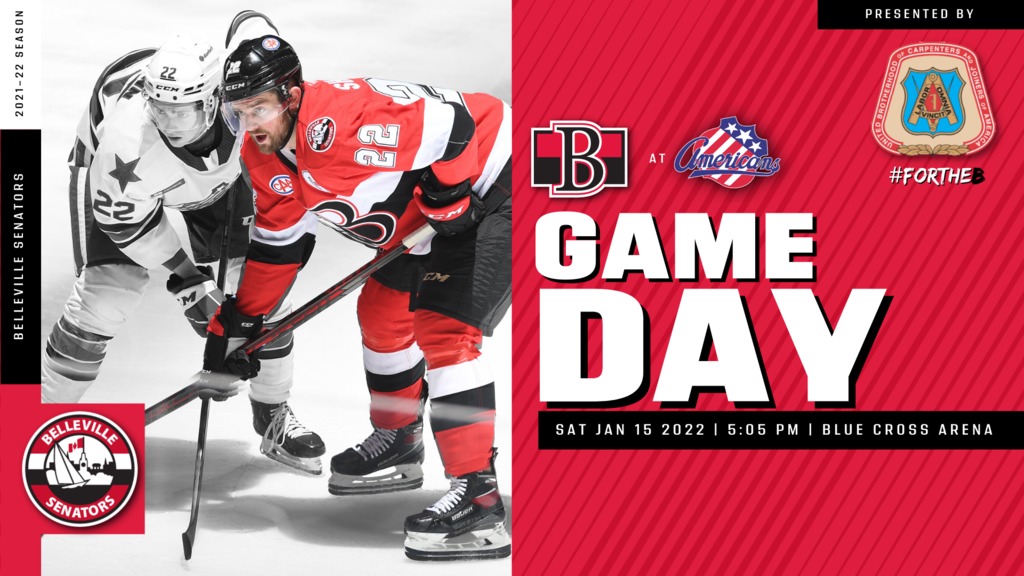 The Belleville Sens evened up their record to one win and one loss, on their four-game Lake Ontario road trip on Friday, as they beat Rochester 4-3 in a shootout. Cole Reinhardt, Mark Kastelic and Egor Sokolov scored for the Sens, with Rourke Chartier netting the shootout winner and Mads Sogaard stopping 21 of 24 shots, plus three-of-four shooters in the shootout. The Senators were able to shut down the Amerks offence for the most part, keeping Rochester without a shot for a 27-minute span, from early in the second period, to early in the third.

Belleville’s win on Friday night gives them a 2-1-0-0 advantage in the series and improves their lifetime record against the Amerks to 11-8-2-0, with a 7-4-0-0 record at Blue Cross Arena. Following the game on Saturday, the Senators and Americans won’t meet again until March 4, 2022, and March 5, 2022, at CAA Arena in Belleville.

There’s not expected to be much change to Belleville’s lineup today, from last night. Head Coach Troy Mann has indicated that Cody Goloubef will swap in for Zac Leslie and Filip Gustavsson will start in goal, in place of Mads Sogaard. Full lineup details will be available closer to puck drop.

Senators forward Cole Reinhardt snapped a nine-game pointless streak with a goal on Friday, while defencemen Max Guenette and Jonathan Aspirot each chipped in with two assists. Egor Sokolov notched his fourth goal in three games, while Rourke Chartier had an assist, giving him just two games this season without a point.

Tonight’s game starts at 7:05 p.m. ET and can be heard on the Belleville Sens official broadcast partner 800 AM CJBQ, with David Foot (Broadcast time is 6:50 p.m.). The game can also be streamed live for free on AHL TV’s Weekend Freeview event.

Tonight’s game is being played without fans, in line with new Ontario Government guidelines aimed at curbing the spread of COVID-19. More information on that decision can be found by clicking here.

Single game tickets for the remainder of the 2021-22 Belleville Senators season are now on sale and can be purchased via Ticketmaster, by stopping by the CAA Arena Box Office. Season Ticket Memberships and Flex Packs are also available with more information available at bellevillesens.com.