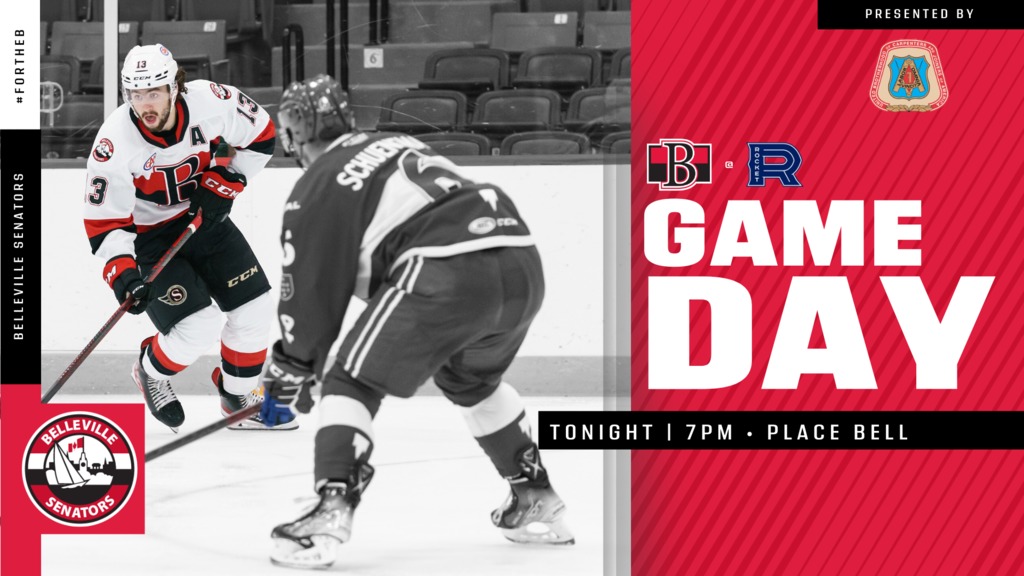 The Belleville Senators officially begin the 2021-22 American Hockey League campaign tonight, as they visit the Rocket at Place Bell in Laval. Tonight’s game kicks off Belleville’s fifth season in the AHL and marks the start of a new era for Belleville Sens hockey, coming out of the pandemic. Just two players on tonight’s roster (erik Brannstrom and Jonathan Aspirot) were part of the team in 2019-20, the last time a regular season game was played in Belleville before COVID-19 shut things down. However, about 10 players are returning from the shortened 2020-21 season, which saw Belleville post a record of 18-16-1-0 and finish third in the Canadian Division, 16th in the AHL.

The Belleville Sens went just 3-8-0-0 against Laval last season, struggling to find consistency against what would end up being the best team in Canada and second-best in the entire AHL (Laval put up a record of 23-9-3-1 last season). Lifetime, the Senators are 21-20-1-2 against the Rocket, with a 9-12-1-0 record at Place Bell.

After a rash of preseason injuries, the Belleville Sens are relatively healthy heading into tonight’s season opener. Only defenceman Zac Leslie is on the sidelines, with Matt Murphy, Kameron Kielly, Cedric Pare, Maxence Guenette, Colt Conrad and Mitch Hoelscher listed has healthy scratches. With back-to-back games to start the season Head Coach Troy Mann is expected to start Mads Sogaard in net tonight and follow up with Kevin Mandolese on Saturday.

Forward Egor Sokolov was Belleville’s leading scorer during the shortened season last year, notching 25 points (15 goals and 10 assists) in 35 games. The big Russian will be a big piece of the Belleville Sens offence throughout the season and will look to get off on the right foot tonight. He’ll play on the top line alongside veteran centre Andrew Agozzino and fellow rising star Roby Jarventie. On the blueline, Erik Brannstrom has been returned from Ottawa and will likely garner plenty of attention, as he continues to work towards a full time spot in the NHL.

Tonight’s game starts at 7:00 p.m. ET and is can be heard on the Belleville Sens official broadcast partner 800 AM CJBQ, with Jack Miller and David Foot. Both games this weekend can also be streamed free via AHL TV.