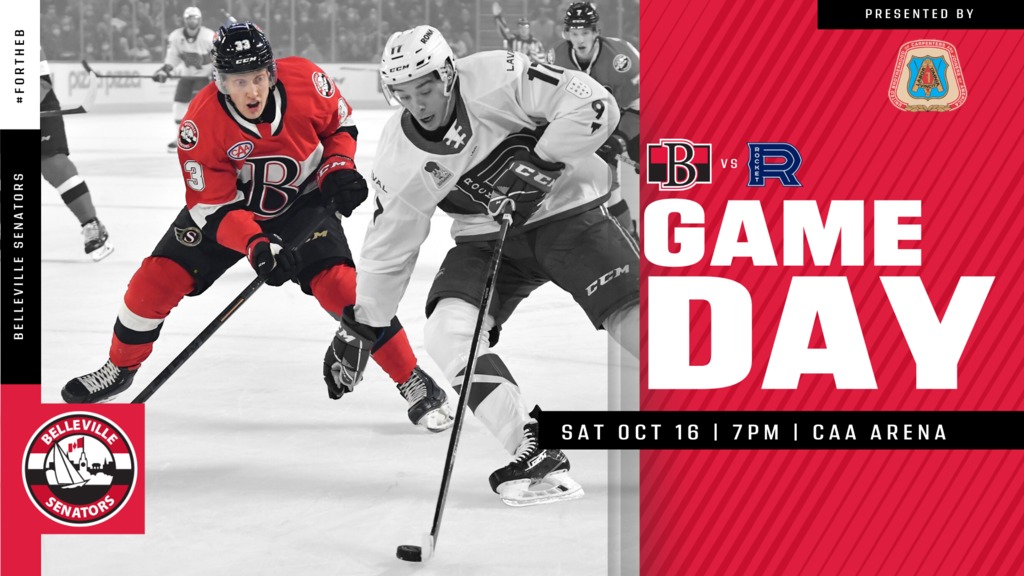 Following a season-opening 6-2 loss on the road in Laval on Friday night, the Belleville Senators play their first regular season game at CAA Arena tonight, since March 7, 2020. The Belleville Sens have a chance to avenge that Friday night defeat in Quebec, as they play the back end of the home-and-home set with the Rocket.

After Friday’s loss, the Senators lifetime record against Laval has dropped to 21-21-1-2, with a 12-8-0-2 record in Belleville. This is the second of 12 meetings this season against the Rocket, with the next matchup in the season series coming on November 10, 2021 back in Laval.

There’s not expected to be much change to the Belleville Sens roster, other then the potential for some early-season line juggling. Mad Sogaard will start in net after being pulled from the game Friday, after allowing five goals on 17 shots. Zac Leslie is still out with an injury.

Belleville’s fourth line of Matthew Wedman, Tyrell Goulbourne and Kole Sherwood was perhaps the most noticeable on Friday, scoring a goal and trying to swing momentum with their physical play. That trio will be relied upon again Saturday to keep the energy high and generate chances.

Defenceman Erik Brannstrom will play in his second game since being returned from Ottawa, as he continues to work his way back into a spot on the NHL roster.

Tonight’s game starts at 7:00 p.m. ET and is can be heard on the Belleville Sens official broadcast partner 800 AM CJBQ, with Jack Miller and David Foot. Both games this weekend can also be streamed free via AHL TV.

Be sure to arrive early to welcome the Belleville Sens back home!