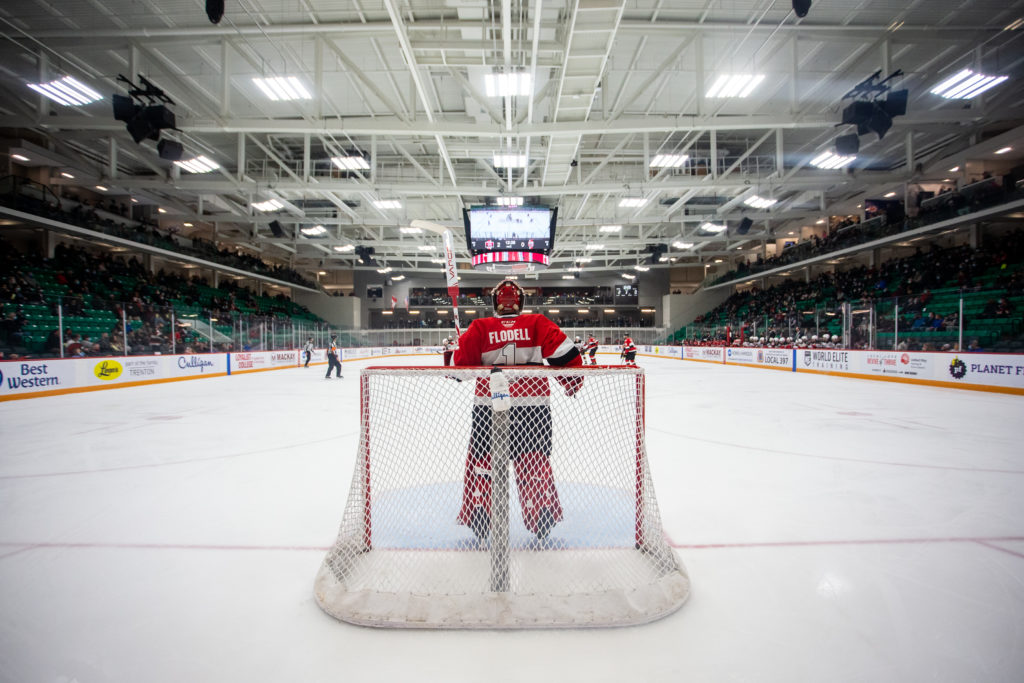 Logan Flodell is once again back with the Belleville Senators, this time on a more prominent basis, after the 25-year-old netminder agreed to terms with the club on a one-year, two-way American Hockey league contract on July 20th. An opportunity he couldn’t be happier with; after all, the organization has continually shown faith in him.

The Regina, Saskatchewan native’s journey into the professional ranks began last December when he was tasked with the difficult decision to continue waiting through cancellations and pauses of another season of Canadian University hockey, or start his professional career. The former Acadia Axemen star ultimately chose the latter and joined the South Carolina Stingrays of the ECHL. Unsurprisingly, he immediately impressed and quickly earned himself a professional tryout agreement joining the Henderson Silver Knights after just three appearances. Continuing to be sought after, the Reading Royals acquired him before he returned to the AHL once again, this time with the Senators.

Of course, Flodell still loves to reminisce about his time in Wolfville, Nova Scotia, even if he did miss out on some game action.

“It was such an unbelievable experience. Being by the ocean was somewhere I’ve always wanted to live, so that helps when you have hockey, school and living right by the ocean all in one. It was just a great experience. The coaching staff was phenomenal, and the guys were awesome. We had a good run our second year, and then COVID hit. It seemed like university was almost over. I missed pretty much two years of playing hockey. I played a bit this year and decided to go pro, and I’m just happy I made the decision at the right time.”

Although mulling over the possibilities and ultimately moving on was difficult, Flodell is excited about his future in the sport.

“It was tough, talking with family and friends, just weighing my options, and there were so many pros and cons. They were hosting the National Championship back at Acadia, so that is missing out on a big opportunity. I just felt I needed to get my foot in the door with pro hockey, and I’ve had two awesome opportunities to be up in the AHL.”

Flodell reached yet another milestone when he was pressed into game action in Belleville, making his first career AHL start on March 15th, with scheduled starter Mads Sogaard unavailable. In the end, Flodell acquitted himself well under trying circumstances. He impressed, turning aside 33 shots in a 3-2 overtime loss against the Eastern Conference-leading Utica Comets. Ultimately Belleville held onto a hard-won point, helping to maintain some ground in a tight North Division playoff race.

“It was awesome. I always wanted to play professionally, even before I went to University and made that decision and having the opportunity to leave school early before our season got shut down and get an opportunity in Henderson and get a call up here and make my first career start, I’m really proud.” 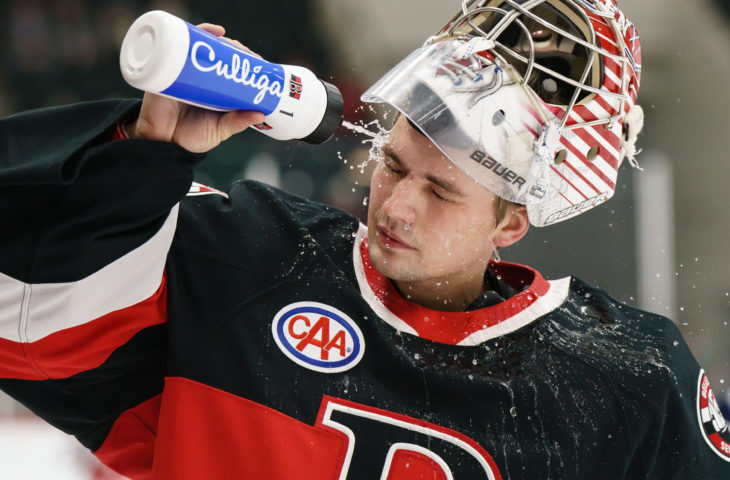 “I feel confident about my game, but there are always things you can work on, getting a little bit faster. Everyone shoots the puck harder and makes quicker plays in transition. I think that would be the biggest adjustment adapting to the AHL.”

He noted that he has met many people who have done their part to help promote him, including the Senators coaching staff, as Flodell built on his strong play with the club.

“The biggest thing is making connections. You have to know someone to get anywhere in life, and meeting so many great people along the way has been awesome and prepared me for the situation. I was on four teams in the WHL and five teams last season. It’s been crazy, but that’s the way hockey is. You accept the job you signed up for, and I’ve been enjoying the ride.”

Flodell would love nothing more than to establish himself full-time at AHL this season. It would give him the consistency he has lacked over the past few seasons. At the very least, he is off to a good start.